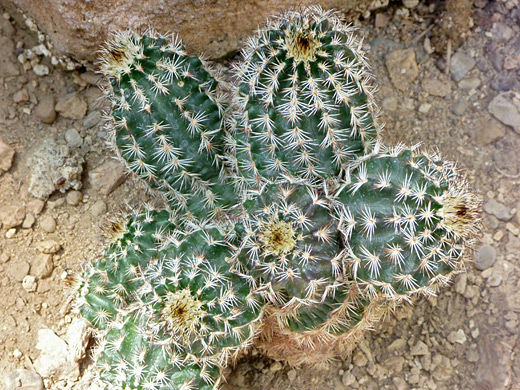 Although frost tolerant and found over a large area, in five states, echinocereus reichenbachii is a rare cactus, listed as endangered. It forms small clusters of short, (sometimes) unevenly-shaped, dark green stems, with between 10 and 19 ribs, which may be straight or undulating. Spines are short, varying in color but usually white or light yellow, with darker tips; radial spines number from 12 to 36, usually surrounding 2 to 8 slightly longer central spines; some species have only radials.

There are several varieties of the lace cactus, including albertii, baileyi, fitchii and perbellus, differing in spine characteristics and flower color. In some the spines almost obscure the stems, while in others the spine clusters are more widely spaced, but all have spines that lie close to the surface, giving a smooth, tidy appearance. Such plants are generally known as rainbow cacti; other examples are echinocereus rigidissimus and echinocereus viridiflorus. 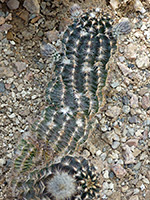 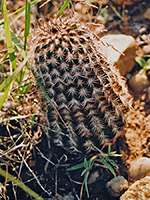 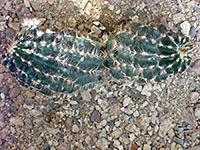