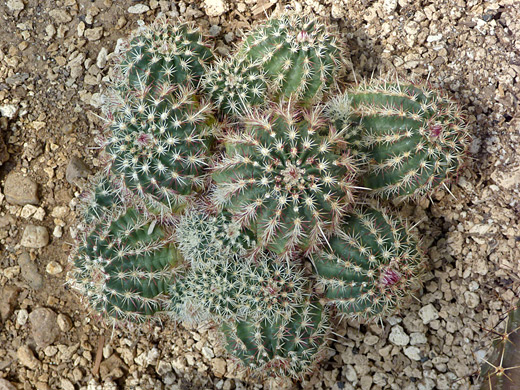 Echinocereus viridiflorus has several differences from most other hedgehog species; it is very frost tolerant, grows much further north, and has smaller flowers which appear along the stem rather than near the tip. Plants are globular or cylindrical, up to 12 inches tall but usually rather less, and between 1 and 3 inches in diameter. Stems remain single or form small clumps of a dozen or so members. Spines are variable in color, short and quite numerous; there may be up to 45 radials, and from 0 to 17 centrals; maximum length just over an inch.

Variants, differing in spine characteristics and flower color include chloranthus, correllii, cylindricus, davisii, nova and russanthus; like other species that occur over a wide geographical range there are often differences in specimens from disparate locations. 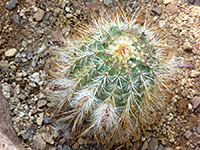