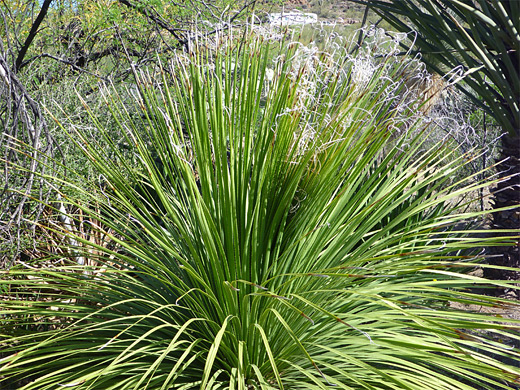 The range of common sotol (dasylirion wheeleri) spans the Sonoran and Chihuahuan deserts, and the mountains in between, and so overlaps with quite a few types of yucca and agave, but is easily recognizable for having long, narrow, flexible leaves (bluish green or yellowish green in color), lined with a dense array of small teeth; leaves of some yucca species are similar, but none bear teeth. Mature plants have many hundred leaves, forming a dense cluster; each is between half and one inch wide and up to 40 inches long. Leaves taper very gently, and are tipped not by a spine but by a dry, brownish portion, and sometimes with a curly white filament. Plants do not branch but develop a short trunk, hidden behind a thick covering of dead leaves.

Other dasylirion species are texanum (Texas sotol) of west and central Texas which has somewhat thinner leaves, and leiophyllum (green sotol) of south New Mexico and far west Texas; here the leaf teeth point downwards rather than outwards. 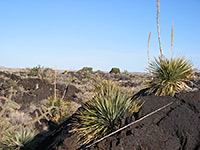 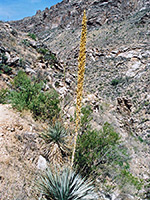 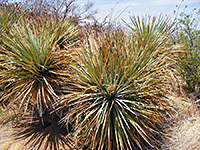 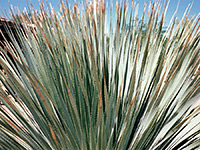