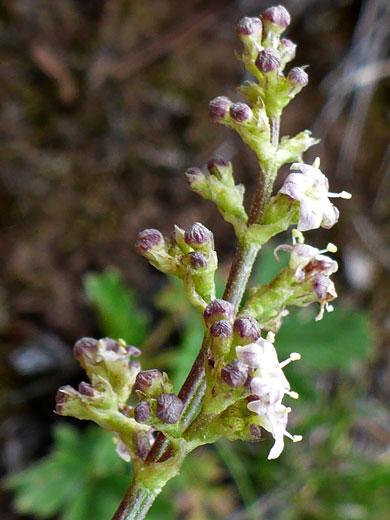 Leaves of valeriana edulis are mostly basal, and quite distinctive; surfaces are hairless, and crossed by parallel veins, while margins appear white due to a dense lining of short hairs. The fewer, smaller, opposite stem leaves are pinnately divided into three, five or seven narrow, one-veined segments. All leaves are relatively thick. The upwards-pointing basal leaves are attached by short, winged petioles. The visible stem is actually the flower stalk; the actual stem is very short, and woody.

Plants are usually dioecious, producing either staminate or pistillate flowers, on separate individuals, though sometimes bisexual flowers also occur. Flowers are arranged in dense, sparsely glandular clusters at the tip of the stem branches; they have five or more green sepals and five petals, which are purplish on the lower surfaces, white above. Staminate flowers are about three times as large as pistillate flowers, though still small, around 0.1 inches in diameter. Sepals are inconspicuous during flowering, rolled up against the corolla, but lengthen during the fruiting stage. 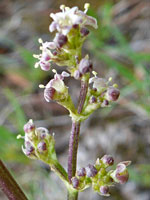 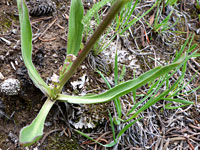 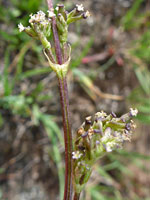 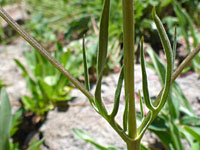 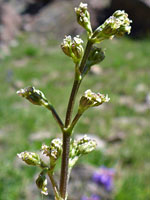