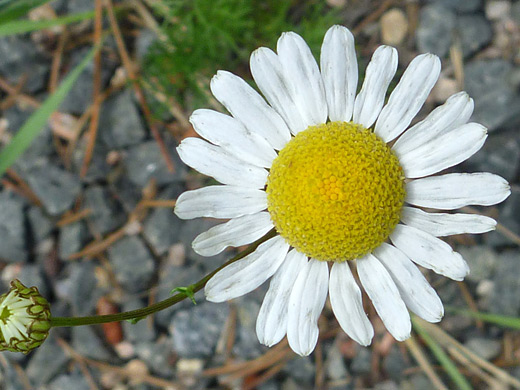 Flower and bud of scentless mayweed (matricaria perforata), along the Chasm Lake Trail in Rocky Mountain National Park, Colorado
Tripleurospermum inodorum originates in Asia and Europe but has long been introduced to the US, where it is classed as an invasive weed, and grows mostly in disturbed areas, at moderate elevations. The flowers have 15 to 20 oblong ray florets, slightly notched at the tip, surrounding a domed, hemispherical center of numerous disc florets; very similar to another introduced, daisy-like species, leucanthemum vulgare, but easily distinguished by its leaves, which are finely divided 2 or 3 times into very thin, linear lobes. Flowers are nearly 2 inches in diameter. The ray petals angle downwards on mature plants. Phyllaries are green with dark brown edges. 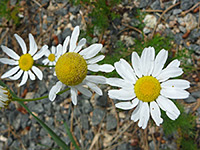 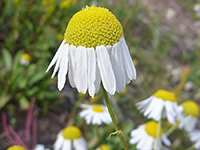 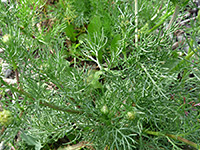 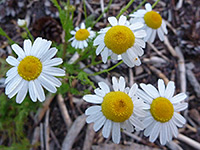 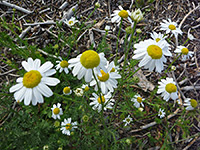