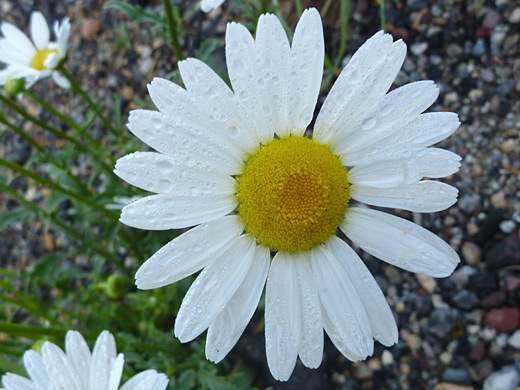 Leucanthemum vulgare originates from Asia and Europe but now occurs in parts of every US state (except Alaska and Hawaii), classed as invasive in some locations. A tangled mass of stalked, lobed leaves grows around the base of the thick stems, while higher up the leaves are smaller, smoother and lack stalks.

The circular white flower heads have between 15 and 30 narrowly elliptical white rays, notched at the tip, and a center of many yellow disc florets. The middle part of the central disc is initially depressed, but becomes domed as the florets mature. Flower heads are about 2 inches in diameter. Stems are hairless, or nearly so. Phyllaries are in several rows, colored green but often with purple edges, and are not recurved. Plants sprout from rhizomes, making the species difficult to control; they often form large colonies. 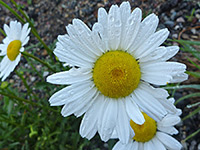 Dew on a flower 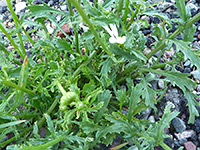 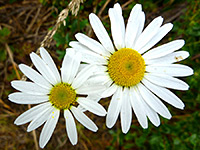 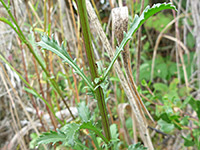 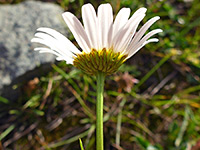 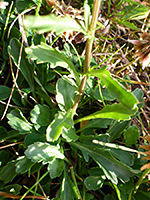 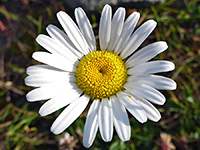 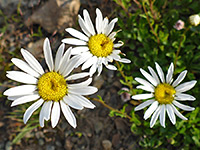 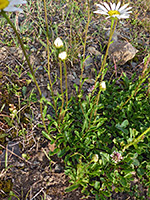