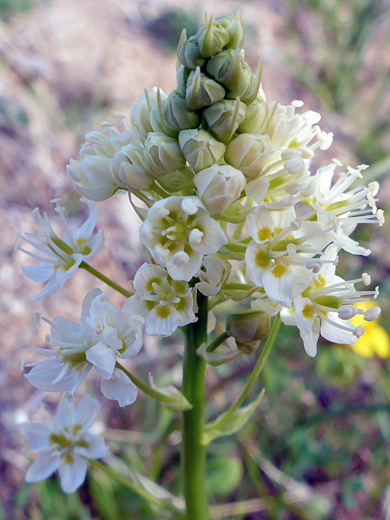 Toxicoscordion venenosum is very similar to toxicoscordion paniculatum, the differences being that the inflorescence is generally a raceme rather than a panicle - a spike with only individual flower pedicels, and that the outer tepals are usually clawed, markedly narrower at the base. There are however two varieties, with sometimes conflicting characteristics: the general description applies to var venenosum, while for var gramineus the outer tepals are generally not clawed, or only slightly so, and the inflorescence does have a few branches, at or near its base. The former variety is found mostly in the Pacific states, and Nevada, while the latter occurs further east.

The inflorescence contains between 10 and 50 flowers, and is pyramidal in shape at the tip. Flowers are formed of six tepals, the outer three slightly longer than the inner three. All have a yellow-green gland near the base. Stamens have straight white filaments and white to yellow anthers, and are about equal in length to the tepals. Flowers are attached by pedicels of up to one inch, subtended by a narrow, white or pale green bract, of similar length. 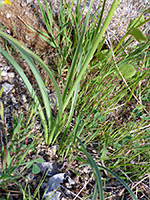 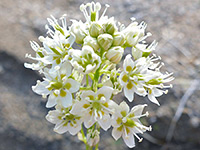 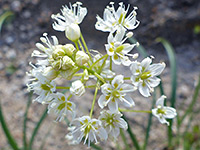 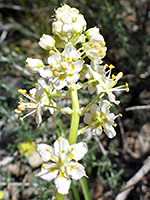 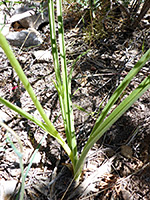 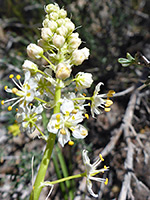