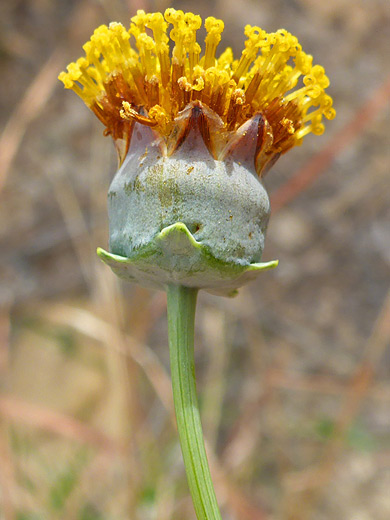 Like the similar but shorter thelesperma longipes, thelesperma megapotamicum produces small flowerheads consisting only of disc florets, and measuring about half an inch in diameter. The florets (up to 100) open to five lobes, which are longer than the corolla throat, colored yellow, lanceolate in shape, and somewhat irregular in size. Beneath the florets is a grayish-green involucre enclosed by 5 to 8 phyllaries, fused to most of their length, and subtended by a partly fused ring of 3 to 5 bractlets, projecting outwards beyond the base of the involucre. The tips of the phyllaries are purplish.

Leaves grow most of the way along the stems, at widely-spaced intervals - up to 4 inches, and they are divided into a small number of narrow lobes. Stems are thin but relatively sturdy, growing upwards, each topped by a single flowerhead. As the common name suggests, all parts of the plant are edible, and this species has been used by the Hopi to make tea. 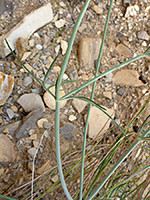 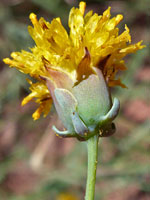 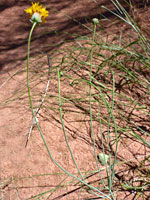 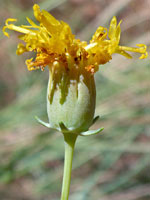