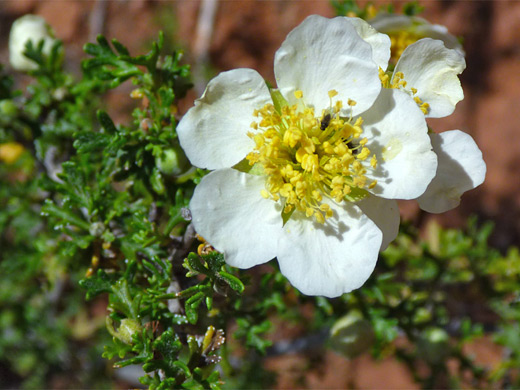 Purshia stansburiana, a densely branched shrub, inhabits desert or semi-desert environments in the Southwestern states. Flowers are about one inch in diameter, have five rounded white petals, five smaller, pointed green sepals and a bushy cluster of numerous yellow stamens topped by yellow anthers; they grow profusely along the upper ends of the woody branches, which are covered in greyish-brown bark. On thicker branches the outer layer of the bark is thin and peeling. Leaves are divided into thin lobes, which are bright green in color, shiny and somewhat sticky (glandular); they have three lobes at the tip, and another two at the side.

The plant has a long flowering season, from spring until the first frosts of fall and winter. Purshia tridentata is a very similar species found in the same regions (and elsewhere); the main differences are that the leaves have only three lobes, and the petals are yellow rather than white. 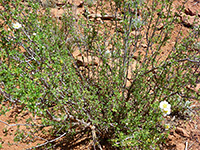 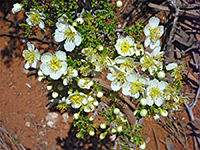 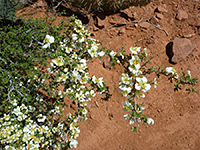 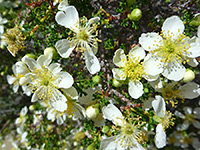 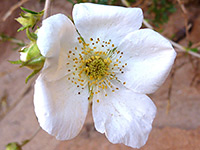 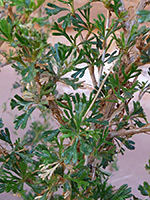 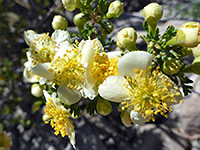 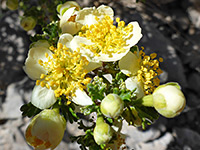 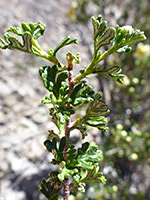 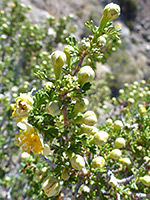