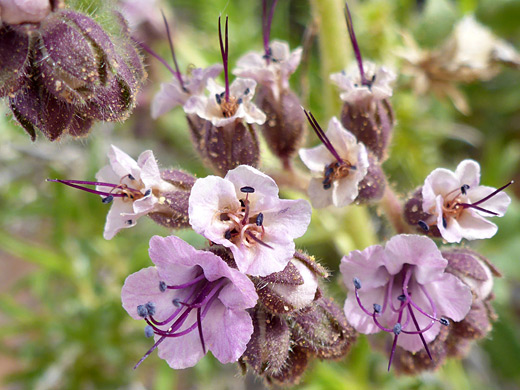 Pink-purple flowers with exserted stamens; phacelia integrifolia, Water Pockets, Vermilion Cliffs National Monument, Arizona
The color of phacelia integrifolia flowers is subtly different to similar species; pale lavender pink, lighter when withered, and contrasting with the dark purple of the stamen filaments and (usually) of the sepals. The stamens are exserted beyond the corolla lobes, and are topped by blue or purple anthers. The edges of the corolla lobes are fringed, or minutely toothed. The ovate or lanceolate sepals have a covering of spreading hairs of different lengths.

Leaves are sessile towards the top of the stem, stalked lower down, with a midvein and pinnate side veins. Leaf edges are shallowly lobed; the lobes are less pronounced than for the similar-looking phacelia crenulata. Leaves and stems are covered both by short, glandular hairs and longer, spreading, bristly hairs. Stems are relatively thick, and generally not branched.

Var integrifolia, by far the most common type, has smooth seeds and is found in sandy locations, while the less common var texana has seeds with corrugated margins, and is found in calcareous soils. 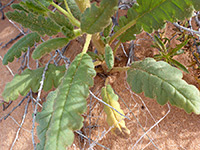 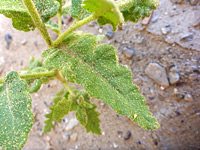 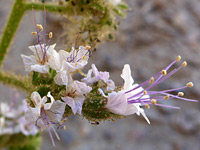 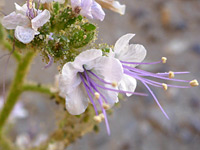 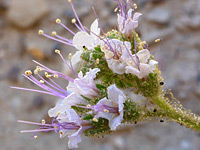 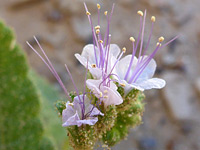