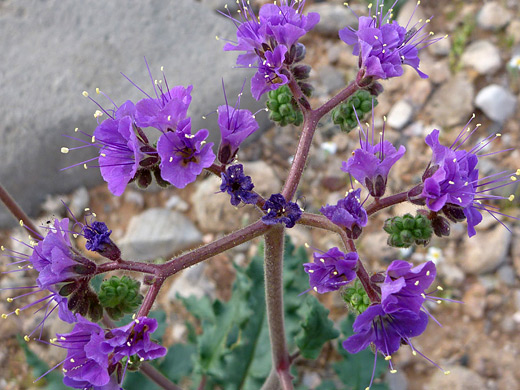 Branched flower stalk of phacelia crenulata (notch leaved phacelia), near Little Finland, Lake Mead
Phacelia crenulata is a common, widespread plant, found in a variety of habitats from California east to Texas and New Mexico; its alternative name of notch-leaved phacelia refers to the deep lobes along its elongated, dark green foliage. Leaves are found mostly around the base, from which rises a sturdy, branched (usually), reddish stem terminating in arched clusters of purple flowers, which tend to grow on one side only, facing upwards. Stems and buds have a relatively sparse covering of fine, glandular hairs.

Flowers are formed of five, partly fused lobes, five thin stamens about half an inch in length (twice as long as the lobes), yellow-brown anthers and one style. Flower color ranges from rich purple to pale lavender-blue, or even pure white. The plant exudes an unpleasant aroma and can produce a rash if touched. There are three varieties (minutiflora, ambigua, crenulata), differing in the style and stamen lengths, the color of the lobes, the level of glandularity, and the margins of the seeds. 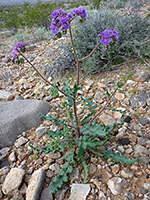 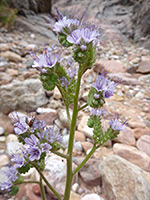 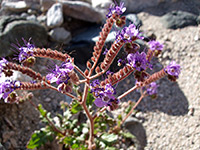 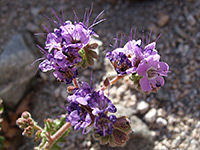 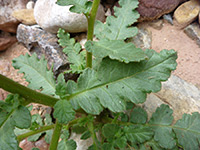 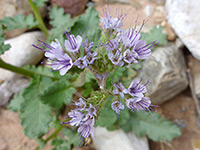 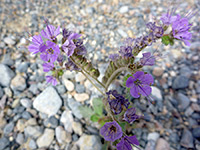 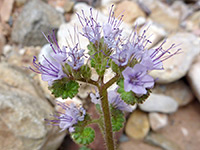 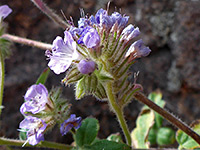 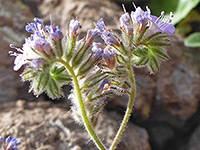 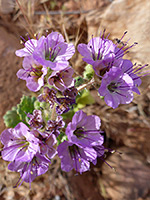 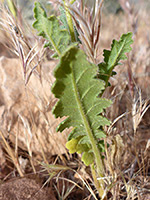 Underside of a leaf 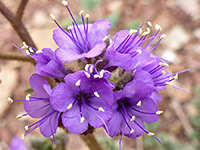 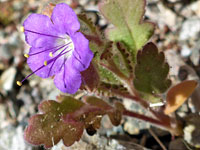 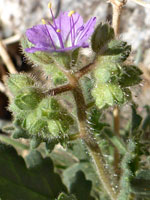 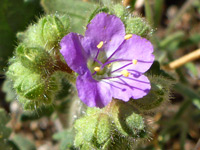 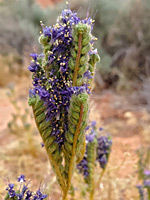