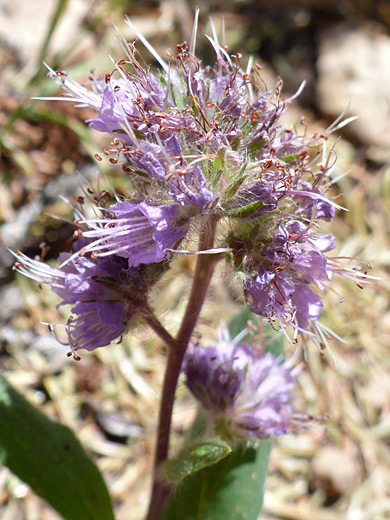 Phacelia hastata is very similar to phacelia heterophylla, and is found similar regions and habitats; the main differences are that its leaves generally do not have smaller leaflets at the base, and the leaf faces have a denser covering of short hairs, rather than a moderate to sparse covering of bristly hairs. Also, phacelia hastata normally produces several stems rather than just one, and the stems are about half as tall.

Flowers are usually white, less often lavender to purple; they become darker as they wither. The green calyx is around a quarter of an inch long, slightly longer when fruiting, white the corolla is similarly-sized, so protruding only slightly above the corolla lobes. White stamens and a divided style are exserted well beyond the corolla lobes. The stamens are sometimes hairy. Leaves are mostly basal, attached by stalks that are generally a little shorter than the blade. Leaf veins are conspicuous.

Var compacta of the Pacific states is a small species, usually no more than 7 inches tall, with spreading hairs and a glandular calyx, while the more widespread var hastata is taller (up to 20 inches), with flattened hairs and a non-glandular calyx. The least common variant is var charlestonensis of Nevada, which has lobed leaves, bristly, spreading hairs, and stems around 15 inches tall. 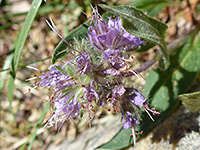 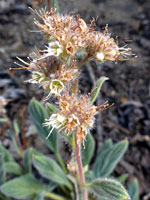 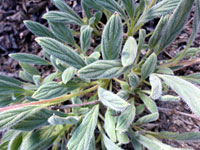 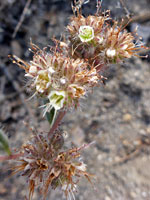 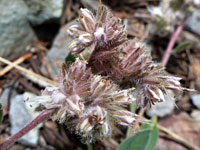