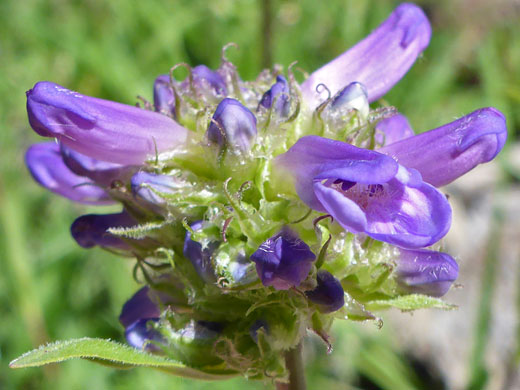 The dark purple flowers of penstemon rydbergii grow in clusters at the tip of the stalk and (usually) in one or two further groups, lower down. Like most penstemon species, the tubular corolla has five lobes; two at the top, curled upwards, and three below, curved downwards. The inner surface of these three is somewhat hairy. Inside are five stamens, one (which is sterile) densely covered by hairs. Stalks rise vertically, and the flowers grow in all directions, which is one way to distinguish Rydberg's penstemon from the majority of other species, for which all the flowers tend to point to one side. The corolla is hairless, and not glandular, unlike the otherwise similar penstemon heterodoxus.

Leaves are lanceolate on the stem, oblanceolate around the base; they and the stems are usually hairless. 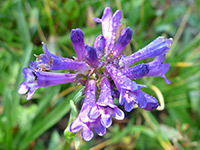 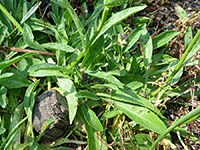 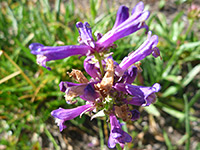 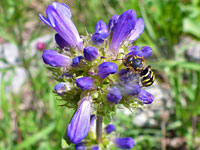 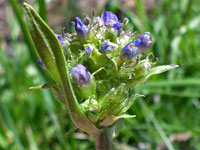 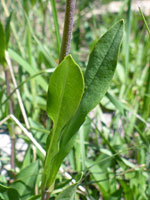 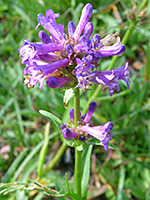 Top of a flowering stem 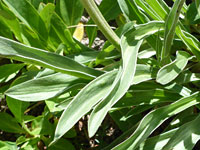