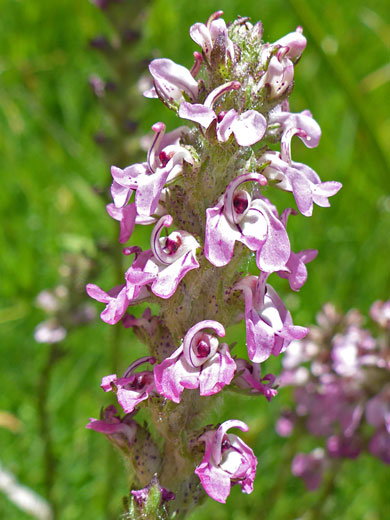 Little elephant heads, pedicularis attollens, resembles the more widespread pedicularis groenlandica, the main differences being the densely hairy inflorescence (vs. hairless), and the shape of the lower lip of the corolla. The lower portion of the stem is much less hairy than the upper. The alternate leaves are divided into many short, narrow, pointed, linear segments.

The inflorescence occupies the upper half of the stem, the flowers separated by hairy, leaf-like bracts, a little shorter in length. The light green calyces are also hairy, less than a quarter of an inch long, while the corolla is only slightly longer, colored pale pink or purplish, crossed by darker lines. The corolla has two lips; the upper is narrow, curved upwards, resembling an elephant trunk, while the lower is much wider, fan-shaped, and divided into three lobes, of which the middle is much smaller than the other two. 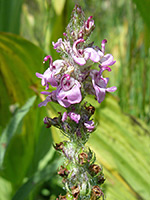 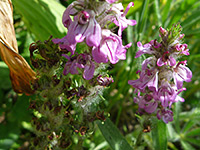 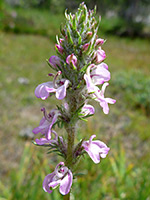 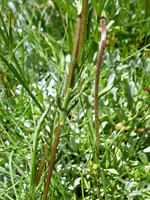 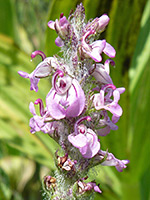 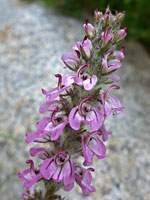