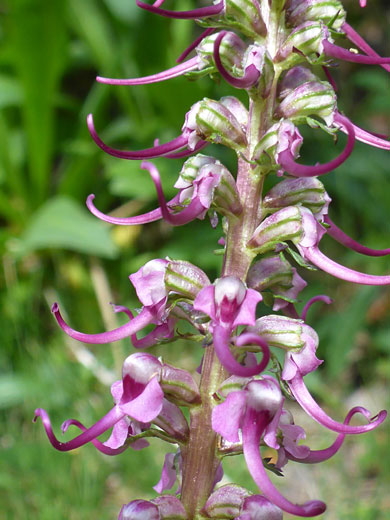 The unusual, elongated flower clusters of pedicularis groenlandica grow from the top half of its relatively tall, thick, ridged stalks (reddish when young, later green), the lower portions of which bear toothed, fern-like leaves. Individual flowers are characterized by a curved, projecting upper lip like the trunk of an elephant, and a three-lobed lower lip; the two side lobes resemble ears, while the middle lobe lies beneath, somewhat hidden.

The plant is quite common in its specific habitat of mountain streamsides and boggy meadows, seen in such locations as the Sierra Nevada, the Cascades, the Colorado Rockies and the Yellowstone-Grand Teton area. Pink is the usual flower color, but pure white varieties are sometimes found. 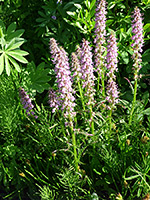 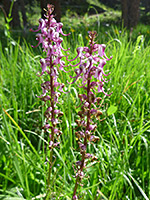 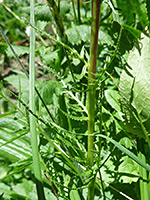 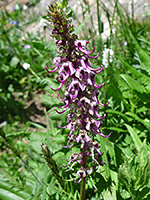 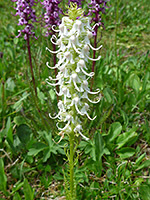 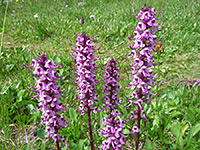 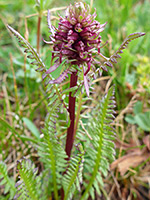 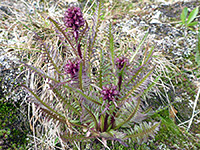 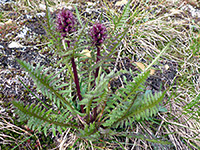 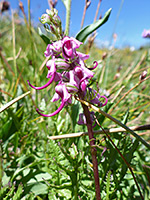 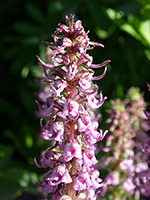 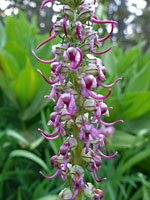