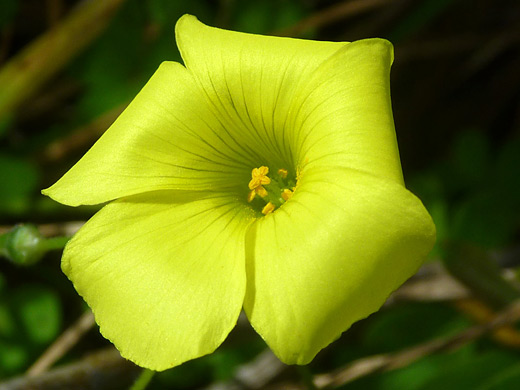 Five-petaled flower of oxalis pes-caprae (Bermuda buttercup), in Montana de Oro State Park
Native to South Africa, oxalis pes-caprae (Bermuda buttercup) has been established in parts of south Arizona and in California, mostly along the coast. It blooms in winter and early summer; flowers are initially tubular, about one inch long, composed of five partly fused sepals which later open out fully, curving back a little. Sepals are crossed by fine green radial veins which become more prominent towards the cup-shaped center; this holds a group of ten stamens and a pistil. Flowers form as a loose cluster at the end of a lightly hairy stalk, often rising well above the divided, heart-shaped leaves. The plant is classed as a noxious weed in many areas, difficult to eradicate because it spreads via roots and bulbs. 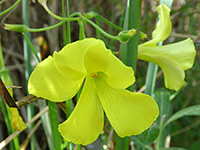 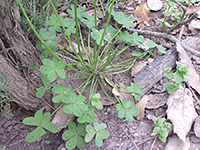 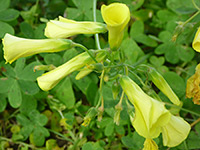 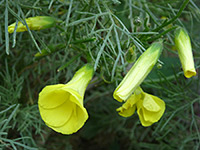 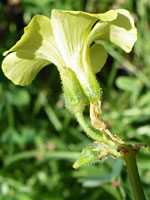 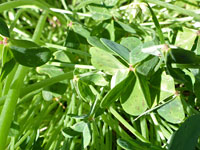