Plants > Wildflowers > Oxalidaceae
Apart from averrhoa carambola in far south Florida, all US oxalidaceae species are in one genus (oxalis); a total of 39, concentrated in the eastern half of the country. In the west they are found primarily in the Pacific states, plus Arizona and New Mexico. Plants are mostly herbs or shrubs, and they often have palmately divided, clover-like leaves, growing at the base and at alternate intervals along the stems. Leaflets often fold up along their axis at night, reopening the next morning. The radially symmetric flowers have five unfused sepals, five petals (usually fused at the base), ten stamens, and five styles. 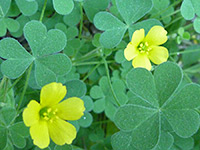 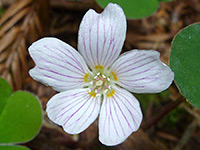 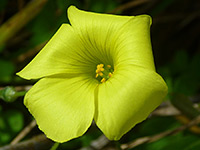 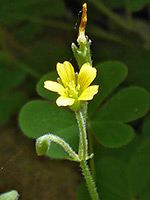