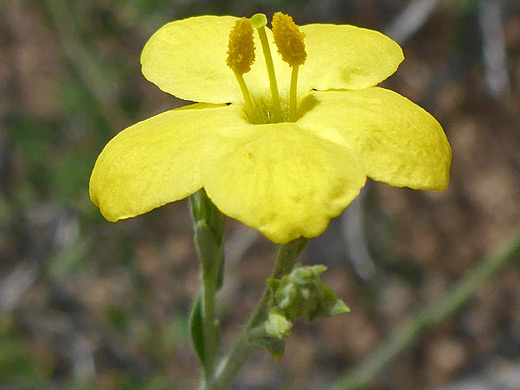 Menodora scabra is a small shrub, no more than 2 feet tall, producing many branched stems, which become woody from the base. Leaves are green, small and numerous; generally oval in shape, widest approximately in the middle, with a prominent, lighter-colored midvein. Stems are angled in cross-section. Younger stems are densely short-hairy, becoming hairless when old. The lowest few pairs of leaves are oppositely arranged; the remainder are alternate.

The inflorescence is a small, terminal cluster. Flowers have a rough-hairy calyx with between five and ten lobes, and five (occasionally six) ovate petals about half an inch across, with rounded tips, angled slightly backwards when fully mature. The two anthers and one stigma are all exserted. 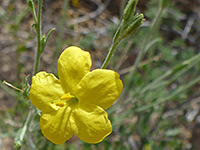 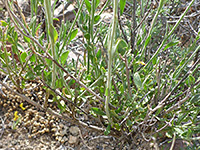