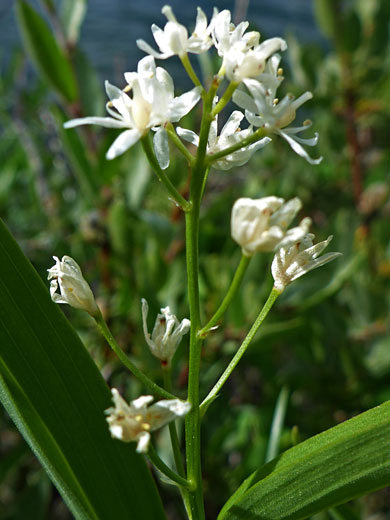 The inflorescence of maianthemum stellatum is an elongated, unbranched cluster (raceme) of up to 15 flowers, unlike the otherwise similar maianthemum racemosum for which it is a branched panicle; occasionally though, there may be a few branches at the base. Flowers are formed of six white, petal-like perianth parts, six shorter white stamens, and a superior ovary topped by a single style. Flowers are attached by pedicels around half an inch long, which, like the stems and leaves, may have a sparse covering of very short hairs, or be glabrous.

The broad leaves are crossed by parallel veins, and positioned at even, well-separated intervals all the way along the stem, which may be straight or slightly zig-zagged towards the top. This species often forms sizeable colonies, and is quite common in many mountainous areas of the West, especially the Rocky Mountains, the Sierra Nevada and the Cascades. 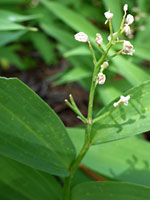 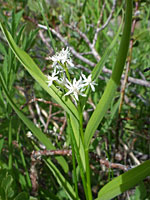 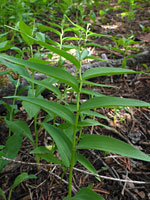 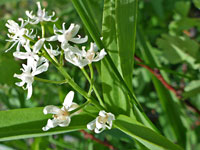 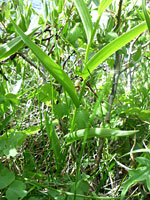 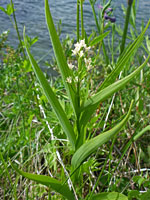 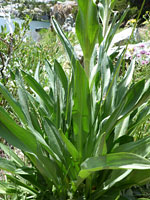 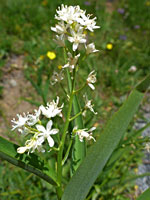