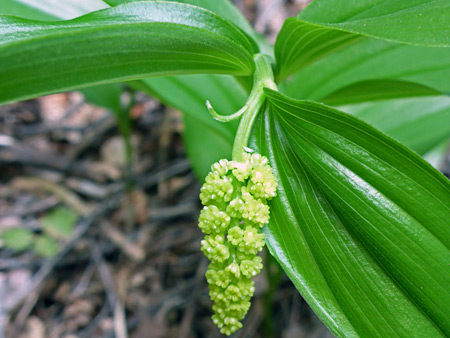 Maianthemum stellatum is a widespread species, found in all of the western states, in a range of habitats from coastal areas to high elevation mountains. Leaves are bright green in color, alternately arranged along the stem, broad, and crossed by several prominent veins, radiating from the base. Stems typically have between 7 and 12 leaves, which are usually stemless, and slightly clasping at the base. Leaf tips taper to a point.

The inflorescence forms at the tip of the stem; a paniculate cluster of up to 250 flowers, initially compact, then elongated when mature. Flowers have six inconspicuous white tepals, six flattened stamens topped by pale yellow anthers, and a white pistil terminating in a three-lobed stigma. Fruits are berries, initially green with reddish dots, becoming all red when mature.

All western plants are ssp amplexicaule, with sessile leaves, erect stems and rounded leaf bases; ssp racemosum of the eastern US has petiolate leaves, arching stems and tapered leaf bases. 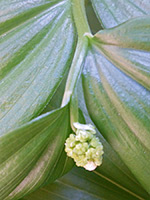 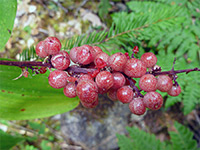 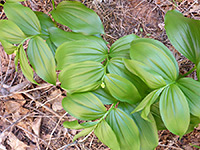 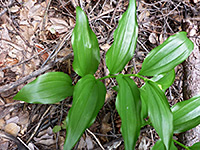