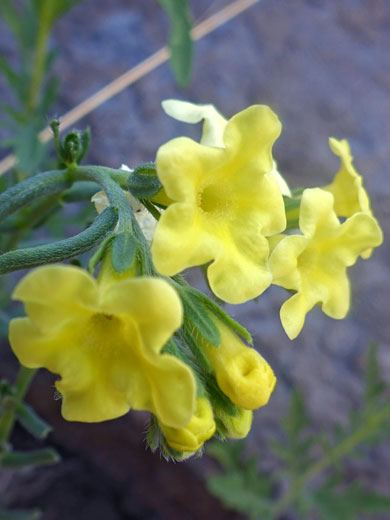 Lithospermum cobrense is most common in Arizona, in the hills around Nogales and along the southern edge of the Colorado Plateau; its range extends into New Mexico and Texas. Leaves grow at the base, in a rosette (persistent at flowering), and at closely-spaced intervals along the stem - cauline leaves are shorter. Stem and leaves are covered by appressed hairs, and leaf margins are ciliate.

Flowers are relatively large; a pale to deep yellow, funnel-shaped corolla opening to five rounded lobes, with included stamens. The calyx is deeply divided into five unnotched, oblong lobes, with ciliate edges and a lighter-colored midvein. The corolla tube is similar in length to the calyx. The inside of the corolla tube is covered by short yellowish hairs, while the outside is hairless; this is one factor that distinguishes this species from lithospermum multiflorum. 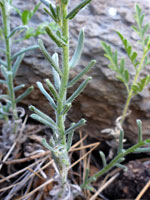 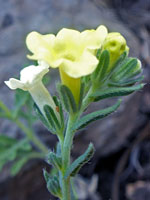 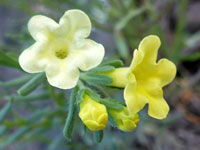