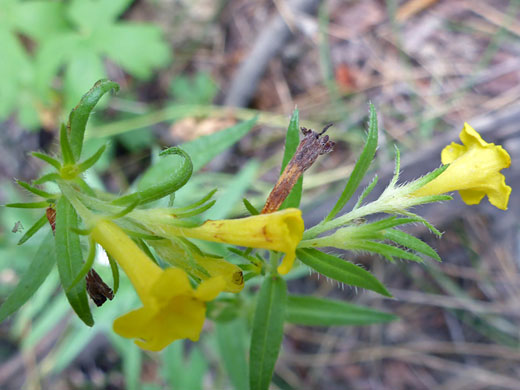 The yellow flowers of lithospermum multiflorum are formed of a yellow, trumpet-shaped corolla tube, strigose hairy on the outside, opening to five short, rounded lobes, and a green calyx, deeply divided into five narrow lobes, sparsely hairy. The calyx is half as long as the corolla, around a quarter of an inch. The corolla lobes may be slightly uneven, though not notched. Flowers form in short racemic clusters, at and near the tops of the stem branches.

Leaves grow all along the stem but not at the base, and they are longest towards the middle of the stem. Leaves have a prominent midvein, and a sparse covering of appressed hairs. Fruits are rounded, white, stone-like nutlets. 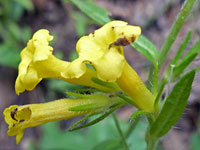 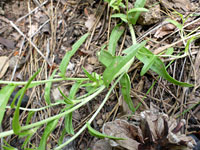