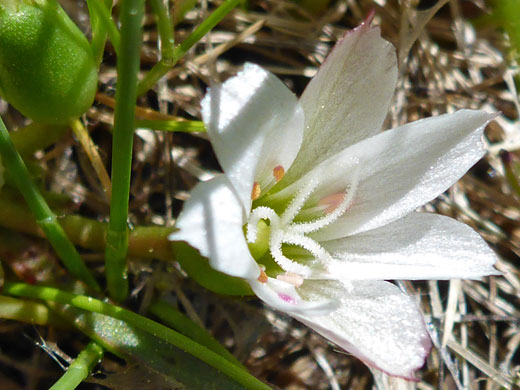 Lewisia nevadensis is most common all along the Sierra Nevada in California, but also occurs in scattered mountainous areas across most of the western states, into Montana, Colorado and New Mexico. The narrow, fleshy leaves are mostly basal, in a rosette; there is also an opposite pair of stem leaves, or bracts. Stems tend to become prostrate at the end of the flowering stage. All plant parts are hairless.

Flowers are usually solitary, and are held a little way above the leaves; they have between five and ten white to pale pink petals, blunt or pointed at the tip; at the center are between six and 15 stamens, and three to six stigmas. Petals are up to 0.8 inches long. Below the petals are two broad, ovate, green sepals whose margins may be entire or irregularly shallowly toothed, but not lined with conspicuous, red-tipped glandular teeth as in the similar lewisia pygmaea. 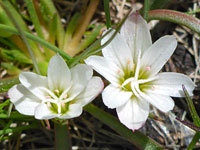 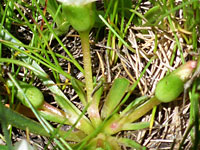 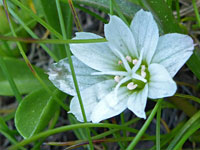 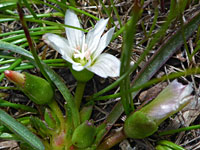 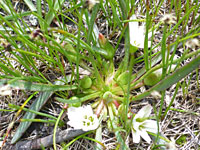 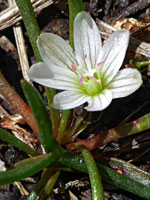 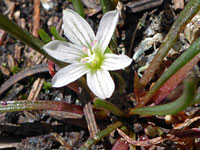 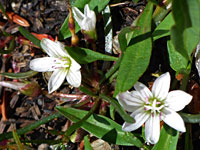 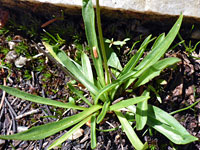