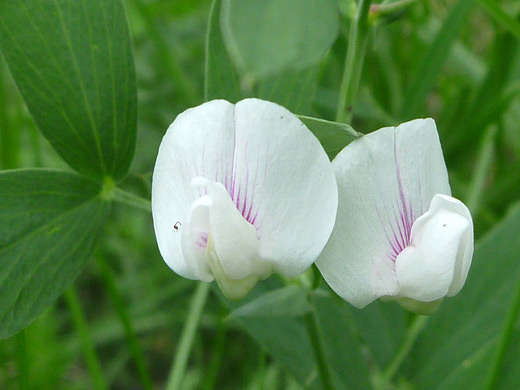 Lathyrus lanszwertii is a locally common plant, found in varied locations and elevations all across the western states. Five varieties are recognized, each generally found in different regions. Stems are ascending, often climbing on top of other vegetation. The four to ten relatively narrow, ovate leaflets have well defined veins and a small spike at the tip, while the end of the leaf terminates in a little tendril, or sometimes just a bristle; much shorter than in some other lathyrus species. The spurs (stipules) at the base of the leaf stalks are small and narrow. The similar lathyrus laetivirens can be distinguished by its broader leaflets.

The pea-like flowers are pure white to cream in color, with purple lines radiating from the center; they grow on a short, lightly branched stalk rising a little way above the foliage, in groups of two to ten. Fruits are hairless pods, initially green, later reddish. 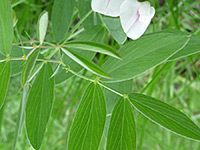 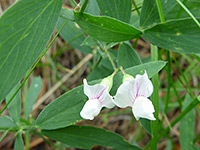 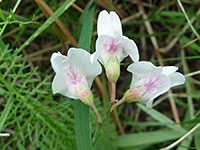 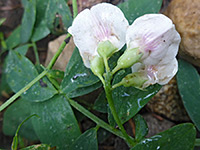 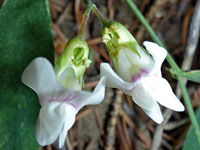 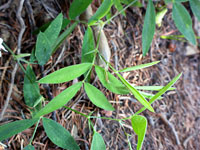