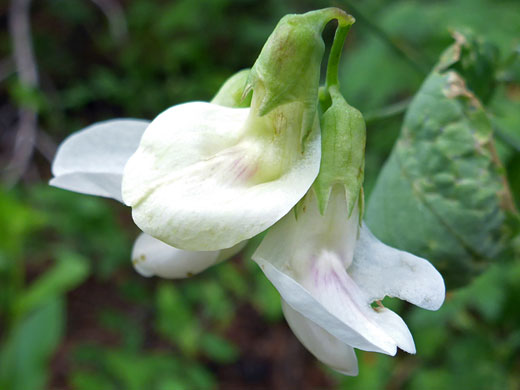 Lathyrus laetivirens is found mainly along the west edge of the Colorado Plateau in Utah, in central Arizona, and in the Rocky Mountains of Colorado. Stems are slender, vine-like, often using other plants for support. Leaves are even-pinnate, with three to five pairs of relatively broad, hairless leaflets (between 1.5 and 2.5 times as long as wide), while at the base is a pair of pointed, lanceolate stipules, around 0.3 inches in length.

Flowers grow in small clusters from the upper leaf nodes, not at the tip of the stem; they have a hairless, bell-shaped calyx, relatively short and broad, divided around a third of its length into triangular teeth, and a longer, mostly white corolla. The banner petal may be tinged with pink, and is crossed by purplish veins.

The similar and more widespread lathyrus lanszwertii has rather narrower leaflets. 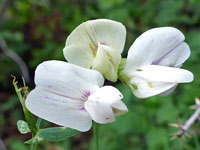 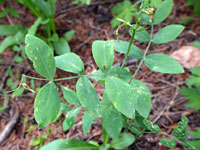 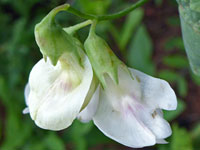