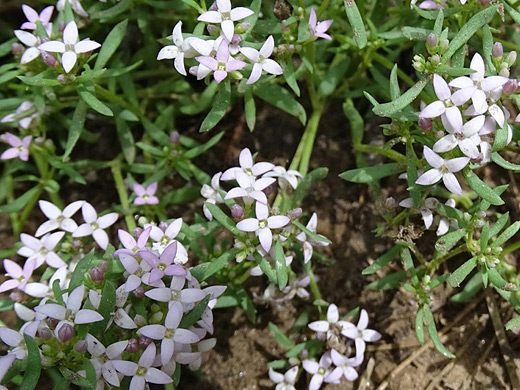 Houstonia wrightii is a low-growing, relatively inconspicuous plant, the slender stems usually only around six inches tall. Leaves are small, closely spaced and numerous; they are around half an inch long, pointed at the tip, linear in shape or slightly wider above the middle. Leaves are angled at about 90 degrees from the stem. Plants produce many stems, topped by compact, slightly elongated clusters of small flowers, colored white, pink or pale purple. Stems are woody around the base.

Individual flowers are attached by stalks about a quarter of an inch in length. Flowers have a funnel-shaped corolla, one third of an inch long, opening to four symmetric lobes, perpendicular to the tube. Four stamens are included within the tube, while one pistil projects a little way beyond. 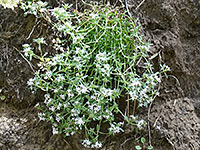 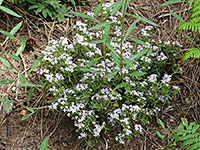 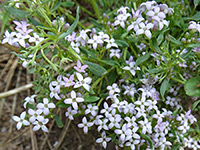