Plants > Wildflowers > Geraniaceae
Flowers of the geraniaceae (geranium) family are radially symmetric, with five sepals (usually separate), five petals, and stamens in multiples of five. All parts are attached around the base of a conical style at the flower center. Most species have pink or purple flowers though white is also a common color. Leaves are variable; simple, divided or lobed. Four genera are found in the US (california, erodium, geranium and pelargonium), accounting for 67 species, found all across the country but less common in the Great Plains states. The majority of species are in the mountains of the West. 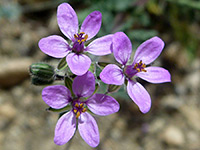 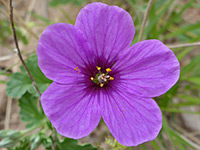 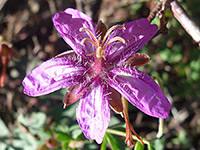 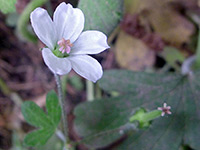 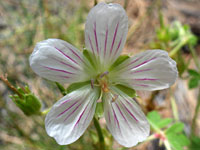 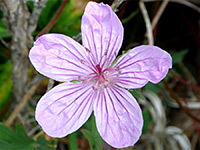