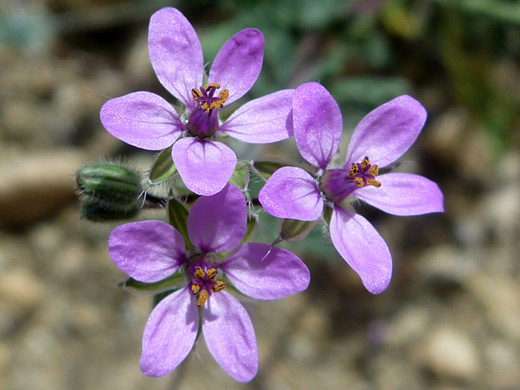 Native to Europe, erodium cicutarium is widespread across the western half of the US, and scattered areas in the east. Distinctive features includes the leaves, which are pinnately divided into many small lobes, and the fruit; the central, columnar style at the center of the flower elongates after blooming, forming a narrow, green (later brown), tapering tube up to 2 inches long, with a five-lobed capsule at the base.

Flowers are typical of the geranium family; they have five non-overlapping petals, pink in color, with a few narrow purple lines converging at the base. Petals are about a quarter of an inch long. Underneath are five green sepals, separated by white bands, and covered by bristly hairs. Flowers form small, flat-topped clusters, of between 2 and 12 heads. Stems and flower pedicels are reddish. 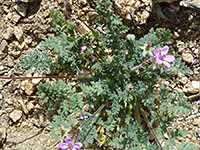 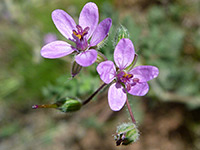 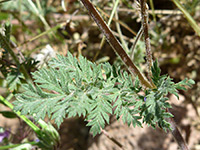 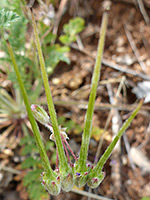 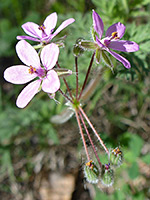 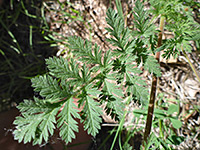 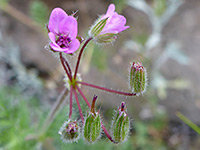 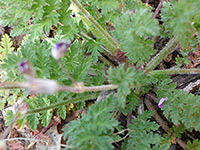 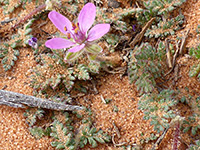 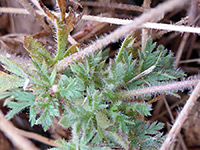 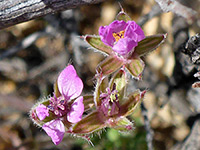