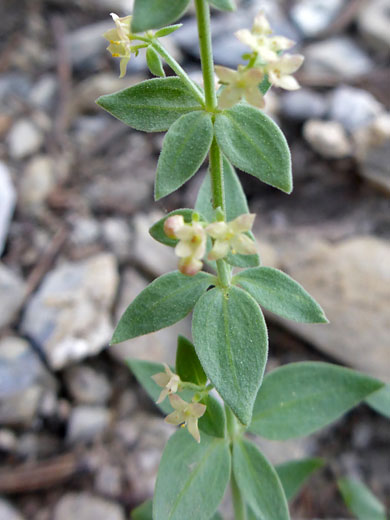 Galium hypotrichium is most common along the Sierra Nevada in California; it also occurs in scattered mountains to the east, across the Great Basin of Nevada into far western Utah.

The four-angled stems are short, rigid and erect, and usually have a covering of very short hairs, as do the leaves, which are relatively thick and broad, and occur in whorls of four, separated by distances around twice the length of the leaves. Leaf tips are round or blunt-pointed, not spine-tipped.

Flowers form singly or in small clusters at the end of short, secondary branches, from the primary leaf nodes; they have four ovate petals, colored pale yellow to pale pink. Flowers are dioecious, containing either stamens or pistils. After flowering the two-lobed ovary below the petals of pistillate flowers develops into a pair of nutlets, covered by long, spreading white hairs. Pedicels are nodding during the fruiting stage.

There are six varieties of galium hypotrichium, differing in such aspects as stem base (woody or not), corolla shape (flat or bell-shaped), and the nature of the pubescence. 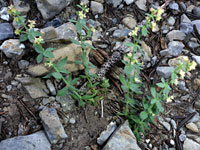 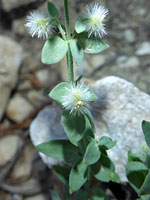 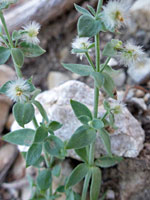