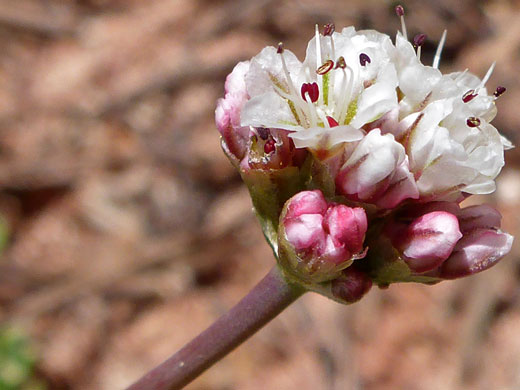 Eriogonum panguicense has restricted distribution across the mountains of southwestern Utah, including the Sevier, Aquarius and Markagunt Plateaus. Plants have an open, matted appearance, with clustered basal leaves, short stems (one to two inches), and longer, leafless stalks topped by dense, spherical clusters, less than one inch across. Stalks (and stems) are spreading rather than erect. Leaves are densely hairy underneath, less so above. Leaf margins may be straight or slightly wavy-toothed.

The inflorescence contains up to seven involucres, each typically holding four flowers; these have white tepals with reddish-green median ridges, and exserted stamens. Filaments of the stamens are white, hairy towards the base, while anthers are purplish, and relatively large. 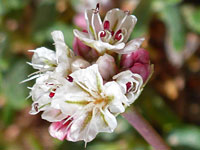 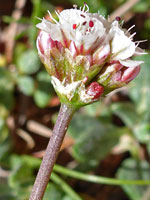 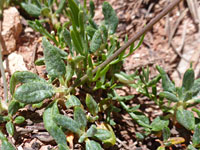 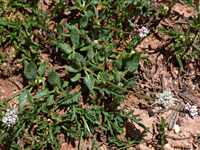