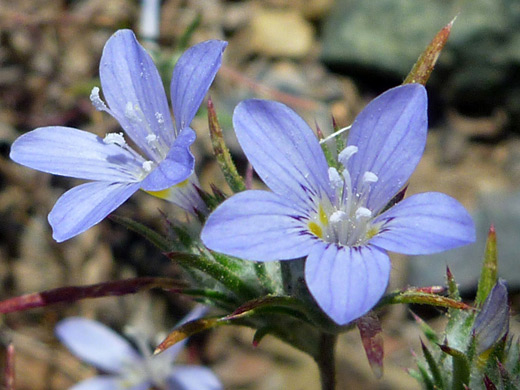 Eriastrum eremicum produces yellowish buds that open into five lobed flowers, in which the tubular corolla is around half an inch long and the lobes are about a third of an inch long. Flowers are not quite radially symmetric, since the two upper lobes are closer together than the lower three. The corolla throat is bright yellow, while the lobes are mostly light bluish purple, crossed by thin, lengthwise dark purple stripes, thicker at the base. Five pale blue stamens protrude quite far above the lobes, while the single white style is somewhat shorter.

Beneath the corolla is a five-lobed calyx; the lobes resemble the leaves, being thin, pointed, linear, reddish green in color, and surrounded by woolly hairs. The calyces sit above a cluster of bracts, similar in appearance. True leaves are usually pinnately divided into a few narrow lobes.

The species is very similar to eriastrum diffusum; two differences being the stamens protrude more above the petals (by greater than half the corolla length cf. less than half), and the flowers have bilateral rather than radial symmetry. There are two subspecies, ssp eremicum and ssp yageri. 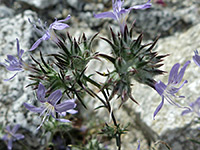 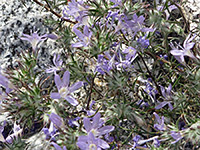 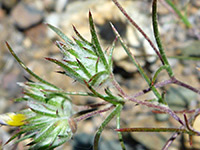 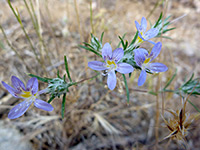 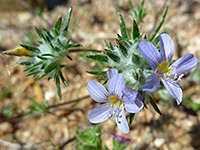 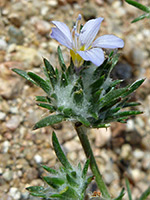 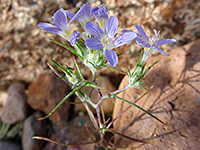 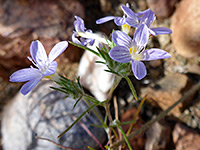 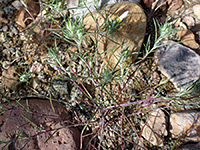 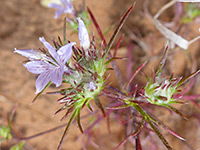 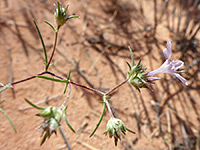 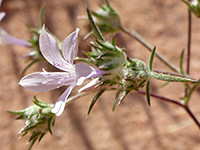