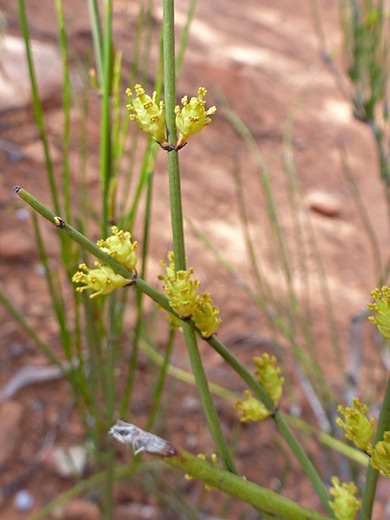 Ephedra viridis is the most widespread of the 15 US species of this genus, found across the majority of Nevada, Arizona and Utah, plus smaller areas in the adjoining states. Plants produce numerous vertical, parallel stems, woody at the base otherwise green or yellowish, which in spring bear pairs of tiny leaves at widely-spaced intervals. These leaves soon wither and darken to brown or black; photosynthesis takes place in the stems rather than the leaves.

Instead of flowers, male plants produce yellow, oval-shaped pollen cones, in pairs (6 to 10) from the leaf nodes, and these have protruding appendages, topped by yellow-brown enclosures from where spores are emitted. Female plants produce greenish seed codes; these are similar in size to the pollen codes, are enclosed by several pairs of green bracts, and contain two seeds. 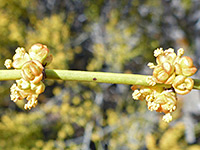 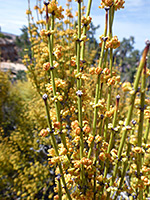 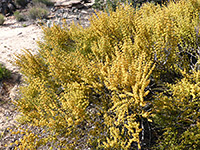