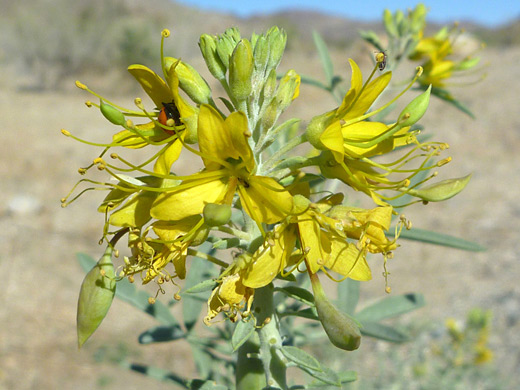 Cleome isomeris is a medium sized, woody, many-branched shrub, reaching a height and width of 5 feet, growing across south California and a small area of Maricopa County, Arizona. Stems, leaves, pedicels and calyces are covered by very fine, soft hairs. The grey-green leaves are short, pointed at the tip, and often partly folded upwards along the axis. Those higher up the stem are simple, those lower down may be divided into 3 to 5 leaflets.

Numerous flowers are produced along the upper part of the stems (up to 10 inches); they consist of four partly fused green sepals, four yellow petals about half an inch long, six exserted, thick, all-yellow stamens and a central style. Seed pods are inflated green (later brown) capsules, up to 2 inches long, hanging downwards. There are three varieties (angustata, arborea, globosa), differing only in the shape of the fruit. 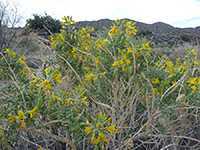 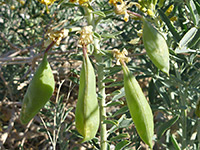 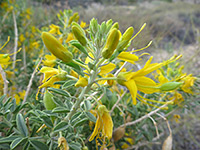 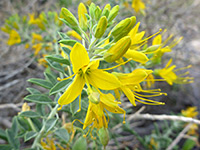 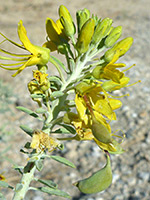 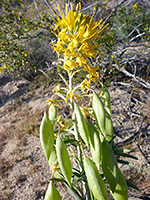 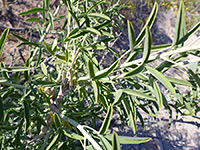 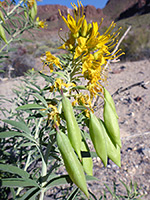