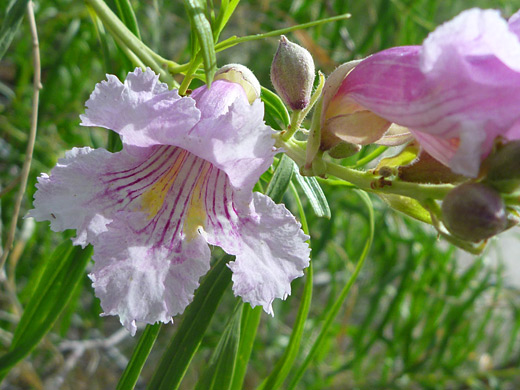 Chilopsis linearis, the desert willow, is a tree, growing up to 30 feet high, found mostly along seasonal or permanent watercourses in otherwise arid locations, between south California and central Texas. The large, showy flowers are produced profusely in spring; they are bilaterally symmetric, mostly colored pale pink, with a three-lobed lower lip and a two-lobed upper lip. Several thick, yellow-striped ridges run along the lower lobes, together with a dozen or so thinner purple stripes, sometimes much becoming wider towards the edge of the lobes. Petal edges are irregularly notched, and wavy. Flowers are borne in small clusters, opening at intervals over a period of many weeks.

Leaves are long and narrow, flat along their axis but gently curved in the plane. This species is a popular choice for ornamental gardens owing to the abundant, colorful flowers. 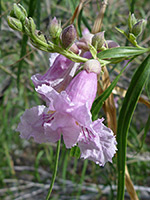 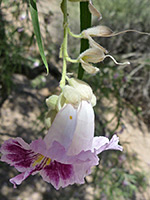 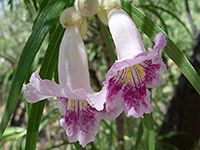 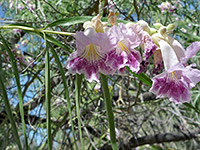 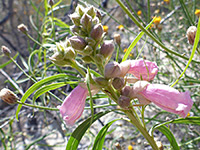 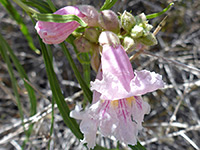