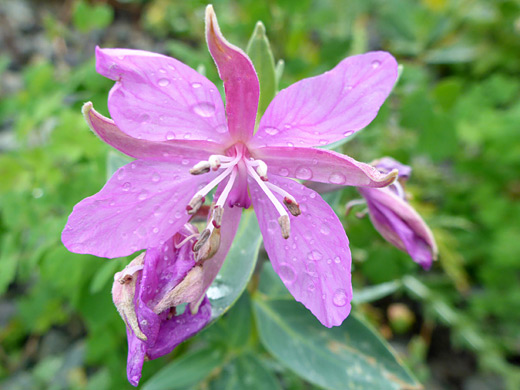 Chamerion latifolium is very similar to the more widespread chamerion angustifolium, the main differences being that the leaves are grey-green rather than bright green, the undersurfaces of the leaves have only a central vein and no prominent side veins, the plants are much shorter, the flowers are less numerous, and the flowers are somewhat larger.

Stems may be glaucous, and are usually hairless. Leaves are relatively thick, large and closely spaced, and they may have strigose hairs along the edges and the midvein; otherwise they are hairless. The four narrow, spreading, pointed sepals (up to one inch in length) also have a short, strigose hair covering, on the outer surfaces. Above these are four broader, veined pink petals, usually slightly lighter pink in color. At the center are a pistil topped by a four-lobed stigma, and eight stamens, somewhat different in length, but all approximately as long as the pistil. Flowers form in clusters of up to ten, subtended by bracts roughly equal in size to the upper stem leaves. 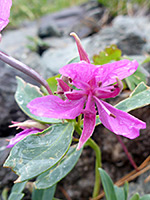 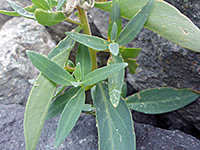 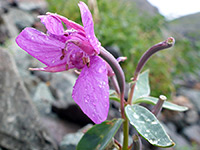 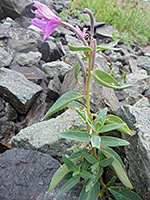 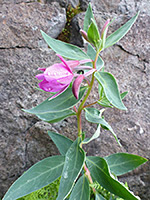 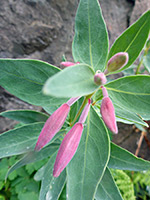