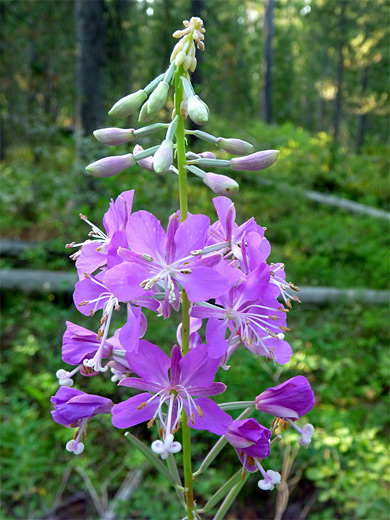 Fireweed, chamerion angustifolium (formerly epilobium angustifolium), is a common sight in many Western states, predominantly in mountainous regions though its range extends to grassy lowlands. Often it occurs on disturbed ground, such as along roadsides, beside trails and in open areas after wildfires. The green leaves point slightly upwards and have one unusual characteristic in that the two outermost veins join to form a ring, and do not extend to the leaf edges. The central vein is particularly prominent.

The many pink flowers form an elongated cluster, whose components open at intervals from mid to late summer, starting low down the stem and moving upwards. Individual flower heads have four narrow, linear, dark pink sepals (up to 0.6 inches long) beneath four larger, light pink petals, up to one inch in length. At the center are eight curling white stamens, topped by brownish-red anthers, and also pistil topped by a large four-pronged style, which forms fully only after the flower opens. The pistil is longer than the stamens. 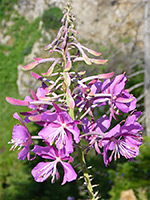 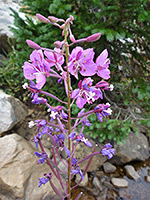 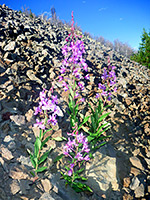 Flowers on a scree slope 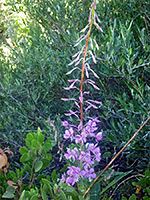 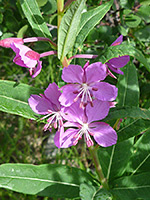 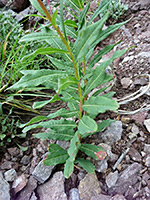 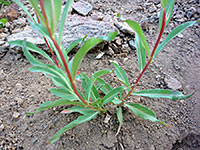