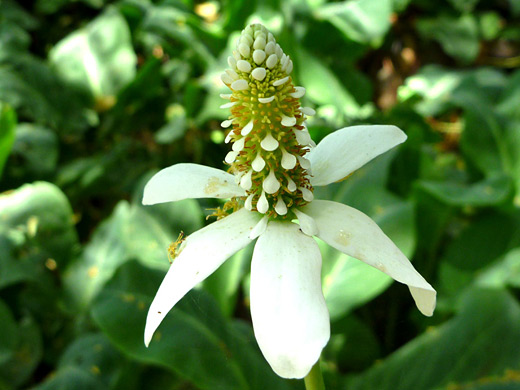 Anemopsis californica is the only representative of a monotypic genus, and one of only two native US species of the saururaceae (lizard's tail) family. The unusual, conical flower head is formed of 4 to 9 large (up to 1.5 inches long) white or pale red bracts at the base, and a spike bearing tiny flowers, each subtended by a much smaller white bract, which is round at the tip and much narrower towards the base (clawed). Flowers are greenish-yellow in color, centered on six tiny stamens. The large green basal leaves have a rounded tip, and are often heart-shaped at the base. Stem leaves are much smaller. The roots of the plant, when powdered, have been used to treat a variety of medical ailments. 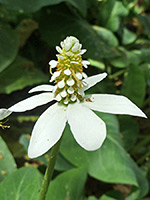 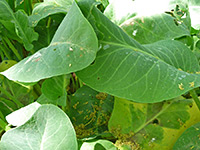 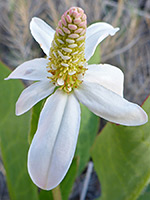 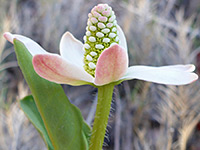 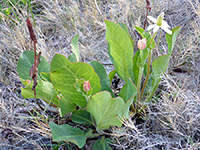