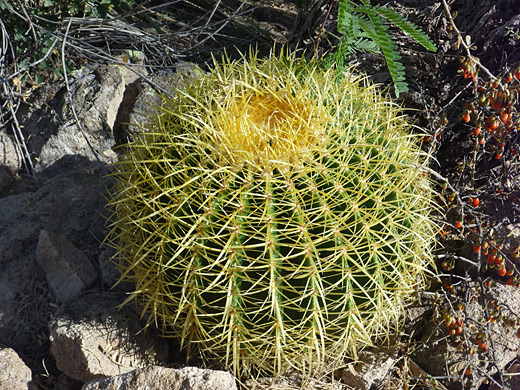 Although not native to the USA, the large golden globes of echinocactus grusonii are often seen at Southwest visitor centers, botanical gardens, city parks and private dwellings. The plant is now endangered in the wild, found only in a few locations in Mexico, centered on Rio Moctezuma Valley. The cactus eventually reaches a diameter of 3 feet or more, with up to 35 ribs bearing the long, sharp golden spines, topped, on mature plants in summer, by rings of bright yellow flowers, and later brownish fruits. Old plants produce offsets around the base, eventually leading to large clusters containing dozens of individuals. 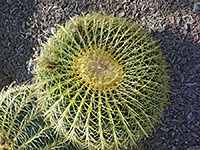 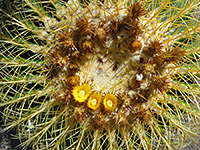 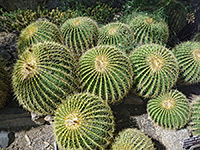 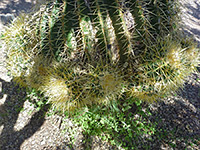