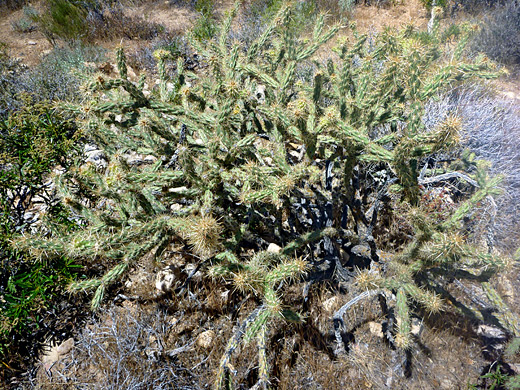 The widespread buckhorn cholla species is found all across the Mojave and Sonoran deserts, and is somewhat variable in flower color and spination. Plants are generally large, tree like in California (up to ten feet tall) but a little smaller towards the east, and covered in short brownish spines, not too dense, which allow the yellow-green (in moist weather) or purple-green (during drier conditions) stems to be clearly visible. The plant branches profusely but irregularly, giving a rather untidy appearance, with criss-crossing slender stems of different lengths. In older plants the lower stems become woody. Fruits are green, later brown, and spiny. 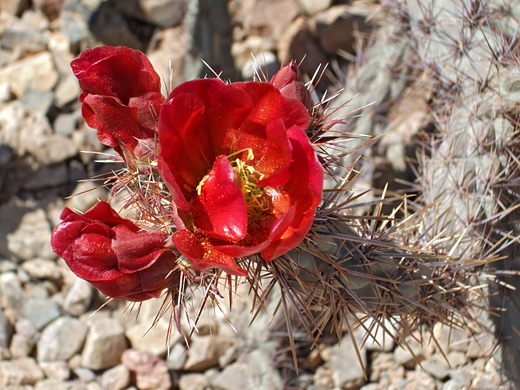 Red flowers
Spines range from 0.5 to 1.5 inches in length, growing from prominent, elongated tubercles, in groups of six to 20, sometimes more. The (one) central spine is the longest. The two most similar species are cane cholla and staghorn cholla, both of which have generally shorter spines of more even length, while the stems of cane cholla are a little thicker, and tend to branch more evenly, often at right angles. Spines of buckhorn cholla usually have different lengths on the same plant, and they overlap, giving a shaggy, untidy appearance. In Arizona the ranges of all three species overlap, in and around Tucson. 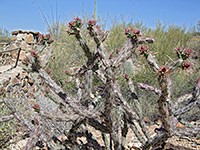 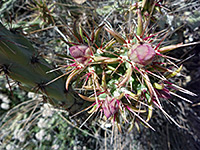 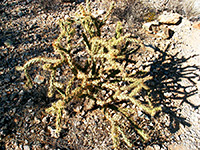 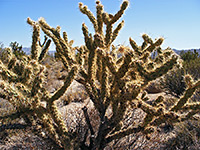 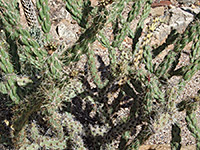 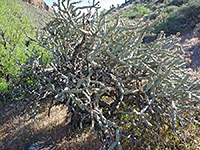 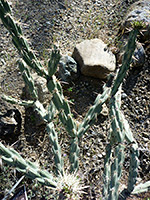 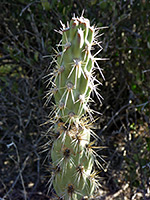 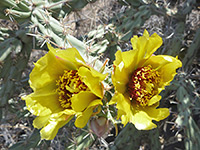 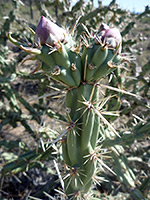 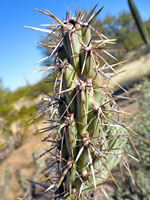 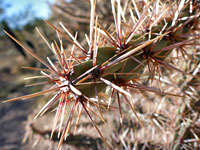 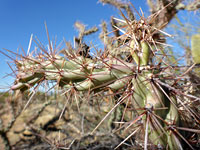