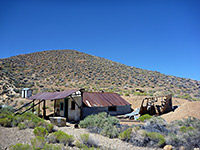 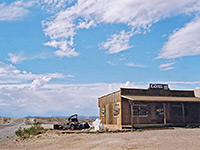 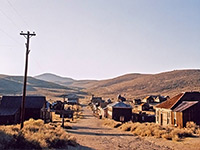 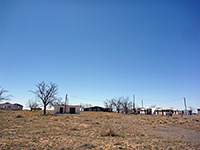 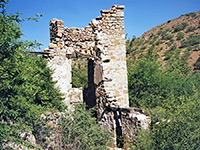 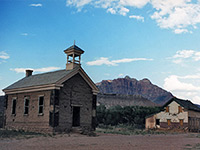 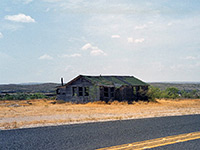 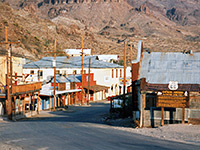 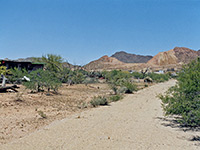 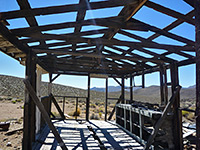 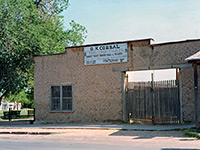 Ghost towns of the West are usually associated with mining activity, springing up when the ore was first discovered then quickly abandoned after all was exhausted, so some flourished for just a few years while others managed to survive several decades. A few places classed as ghost towns are still partly inhabited, while many others have largely disappeared, with little or no visible trace at the former townsite; it is rare for a settlement to be completely abandoned but still have a significant number of intact buildings.

Apart from several places managed as commercial enterprises or under state park protection, in general the amount of original relics in a ghost town is proportional to the degree of difficulty in accessing the site, and hence many of the best sites need 4WD vehicles to reach. Also, many lie on private land, where visitors are not permitted. True ghost towns are just one component of the huge number of abandoned structures in the West, others including old mines, old mills and, especially, single dwellings - either isolated buildings out in the countryside or empty houses at the edge of still surviving settlements.

Major centers of mining, and hence locations of ghost towns, include the following:

Arizona - in the central mountains between Phoenix and Flagstaff, in the mountains and valleys of the far southeast, and in the northwest corner, north of Kingman.
California - in the Mojave Desert and to a lesser extent the Sonoran Desert further southeast, in the western foothills of the northern Sierra Nevada, and around the north end of Central Valley, near Redding.
Colorado - scattered locations in the Rocky Mountains in the center and south of the state.
Nevada - various locations across most of the state, except the far north and the far south.
New Mexico - mostly in the mountains of the southwest and west, plus a few around Santa Fe in the north.
Utah - in the southwest, in the east-central regions, and around Salt Lake City in the north.
Texas - isolated places in the far west and along the Rio Grande.

Some sources list over 1,000 Western ghost towns, so the list below is just a tiny sample. View all photographs of ghost towns.