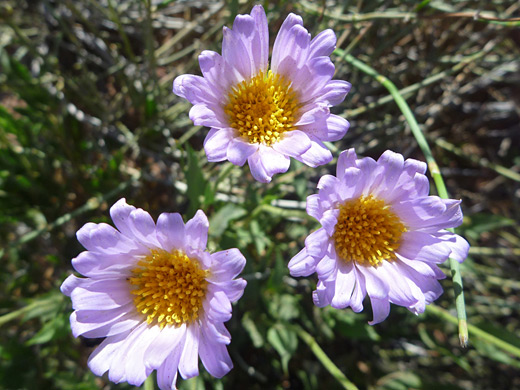 There are many species in the aster family that produce similar flowers - yellow centers and many thin, overlapping pale pink petals, but xylorhiza tortifolia is one of the few that grow in desert areas, specifically the Mojave Desert, in places like Joshua Tree NP, Anza Borrego Desert SP and along the Colorado River corridor. Flowers (2 inches in diameter, with between 18 and 60 ray florets) are borne singly at the end of greyish-green stems that are covered by fine hairs and have leaves only around the base and lower portion. Leaves have a small spine at the tip and a few prominent teeth along the edges. Stems sprout from a woody base and may be quite numerous, sometimes several dozen per plant. Sometimes the petals are all-white. The green, glandular phyllaries taper to a narrow tip (often brown-colored), curling away from the involucre.

There are two varieties: var imberbis is either hairless or has sparse glandular hairs (stipes), and is found mostly in the canyons of the Colorado River in Utah and Arizona, while the more widespread var tortifolia has a covering of fine of shaggy hairs. 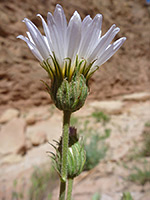 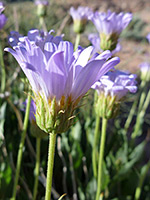 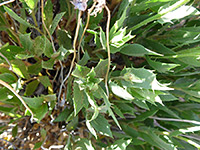 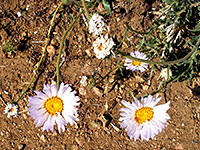 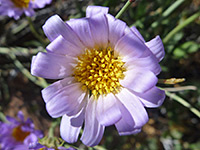 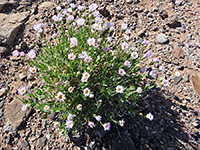 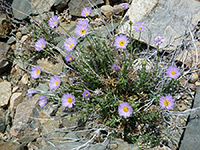 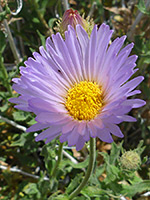 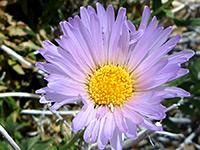 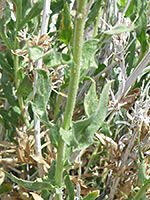 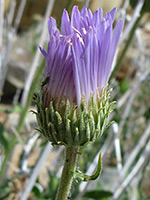 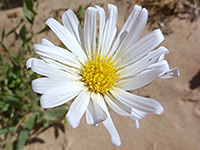 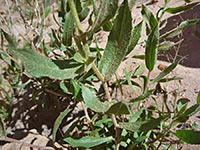 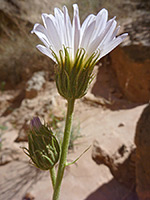 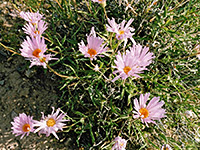 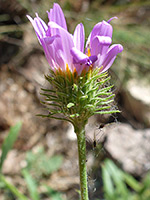 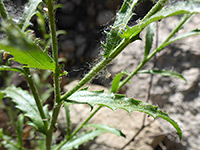 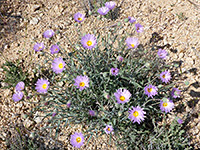 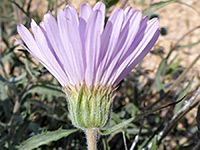 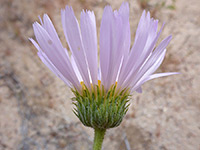 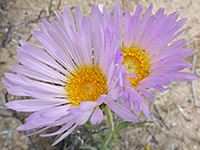