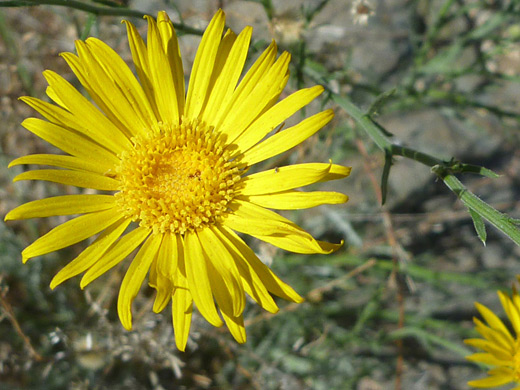 Yellow flower of xanthisma spinulosum, in Ford Canyon, White Tank Mountains, Arizona
As is often the case for plants that inhabit a wide range of environments and elevations, xanthisma spinulosum is a variable species, in such aspects as height, growth form, leafiness, hairiness, leaf form and flowering time. Seven named varieties have been identified. Stems are usually woody towards the base, produced in large numbers, up to 30, and branching mostly around or above the middle, mingling with dead stems from previous seasons. They typically have a covering of short, fine, glandular hairs. Leaves are often divided into narrow, linear, well-separated lobes, each topped by a spine., though they can also be toothed rather than lobed. Leaves are reddish to green in color, and those on the stem are longest, up to 3 inches.

Flowerheads are more consistent in characteristics; they have 5 or 6 rows of short, narrow, spine-tipped phyllaries, 14 to 60 yellow ray florets (around half an inch long), and 30 to 150 or more yellow disc florets. 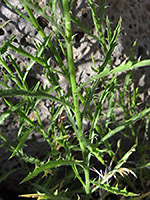 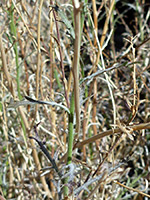 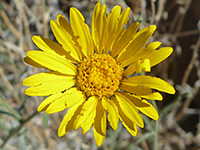 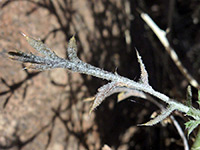 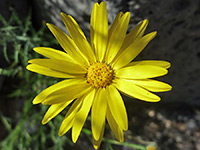 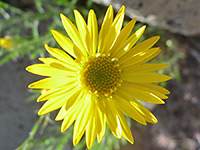 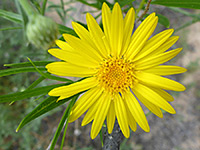 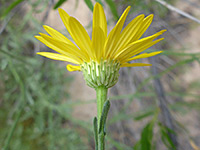 Side view of a flowerhead 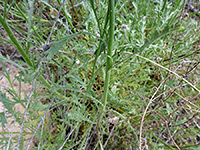 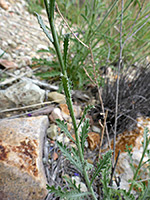 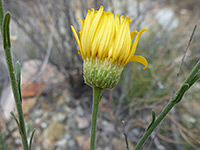 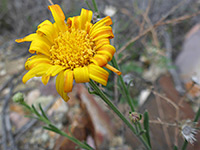 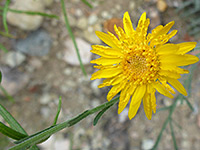 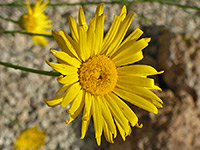 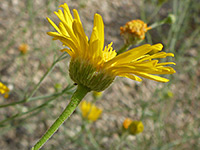 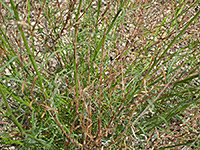 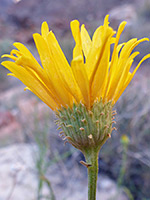 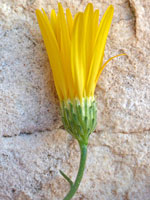 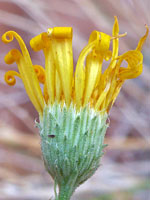 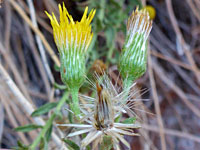 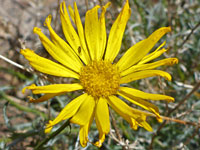