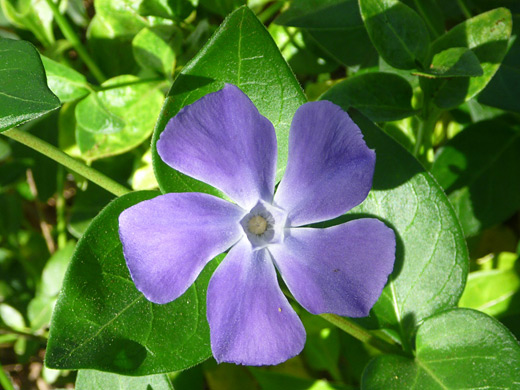 Vinca major (native to Europe) grows in the US mostly along the coastal bluffs and nearby inland ranges of California, Oregon and Washington, but is also found in small areas of most of the western states. It produces large, dark green leaves, reflecting the shady environments it inhabits, and attractive purple flowers, growing singly on stalks from the leaf nodes. Flowers have five asymmetric lobes, bluish-purple with a white base; occasionally, however, most or even all of the lobes are white. The stamens, stigma and style are small, partly hidden in the tubular corolla, which has a pentagonal-shaped opening. The stems are vine-like, spreading mostly sideways, often using other plants as support. The plant can form large clumps, covering the ground for 15 feet or more. 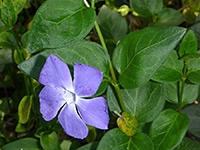 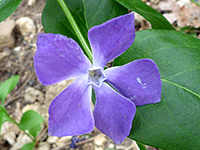 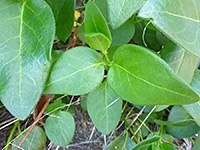 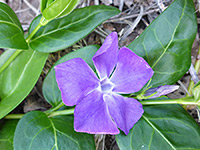