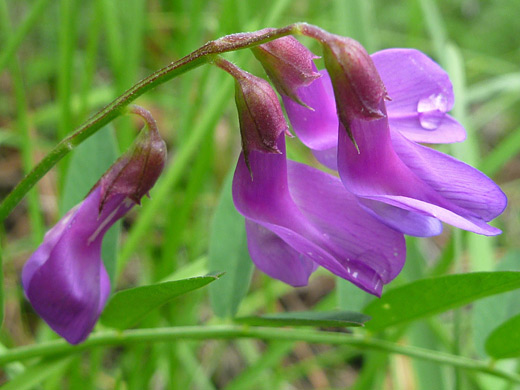 The leaves of vicia americana are somewhat variable in shape, but like most vetch species they terminate in a long, often coiling (and sometimes divided) tendril, which attaches to neighboring vegetation; this is a slender-stemmed plant, that can form dense, tangled clumps. Leaves are divided into non-overlapping leaflets, which may lie flat or curve up along the stalk axis. Leaf tips can be pointed or rounded. At the base of the leaf stalk are a pair of pointed, leaf-like stipules, which have 3 sharp teeth along the edge.

Plants produce several flower clusters, each typically containing between 2 and 9 heads, all of which generally point in the same direction. Flowers are colored pink to bluish purple, and like most pea-like species, have a wide, backwards curving banner petal above the four smaller inner petals. They are a little less than one inch in length. The hairless calyces are green or reddish, extending to five short lobes, of which three are a little longer than the other two. 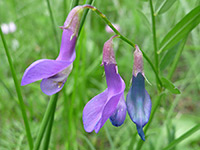 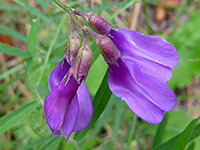 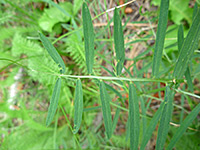 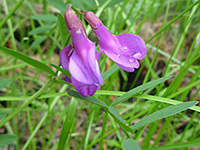 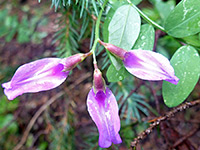 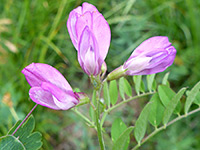 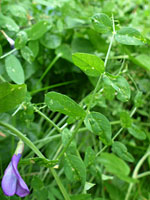 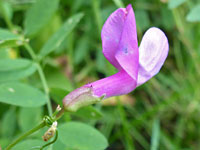