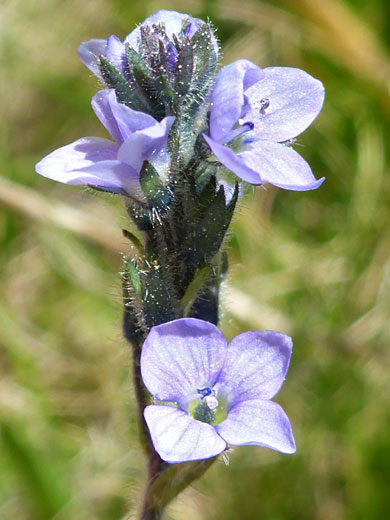 Stems and bracts of veronica wormskjoldii are covered by long, white, sticky (glandular) hairs. Leaves have a covering of generally shorter, less dense hairs, are lanceolate in shape, with rounded or pointed tips, and their edges may be entire or lined with a few small teeth.

The flowers are produced in a small terminal cluster, initially spherical, becoming somewhat elongated later in the season, of a dozen or so heads, each flower formed of four green to purple, glandular hairy sepals, four blue or violet petals and two white-tipped anthers. Occasionally the petals are pure white. The plant is quite variable in height and leaf size, depending on the particular habitat, and is relatively common, often seen alongside trails and lakeshores. 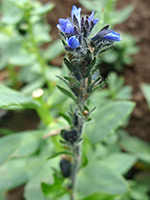 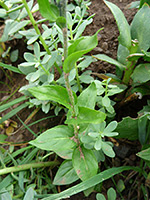 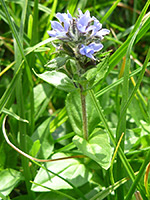 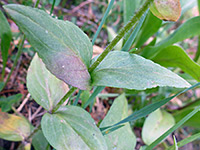 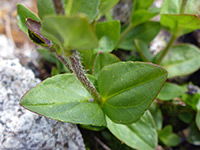 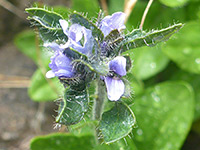 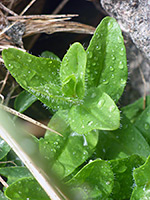 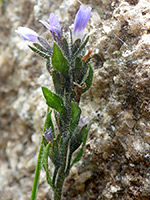 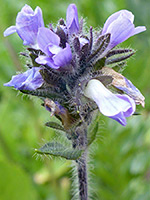 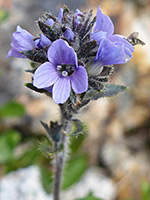 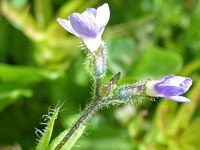 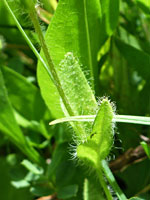 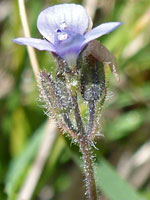 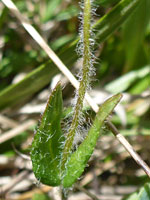 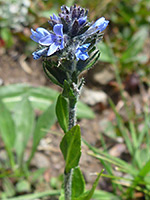 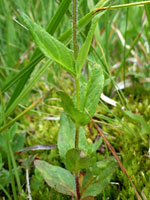