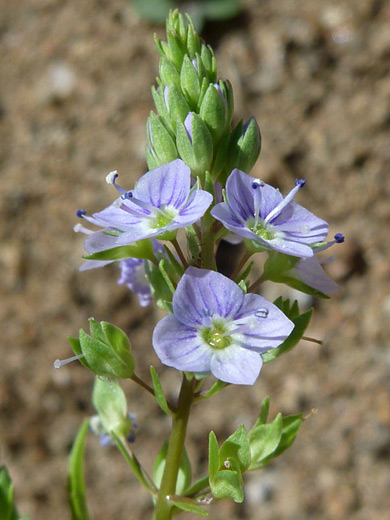 Veronica anagallis-aquatica is found in a variety of moist environments, including within still or slow-moving water, across most of western USA and scattered places to the north and east. Most parts of the plant are usually smooth and hairless, though the sepals and flower stalks can have a fine covering of short, glandular hairs. The thick stems can grow upwards or sideways, taking root from the leaf nodes, and they may be single or branched (from the base). The bright green leaves grow at opposite intervals all the way along the stems, and they usually have small, regular teeth along their edges, most noticeably towards the tips.

The inflorescence is a series of elongated clusters, branching from the top of the stems, each with several dozen flowers held on short pedicels. Flowers are formed of four green, elliptic to lanceolate sepals, fused only near the base, and four spreading petals, pale blue in color, marked by a few darker blue-purple lines. At the center are two stamens, topped by blue anthers, and a head-shaped stigma atop a pale pink style. 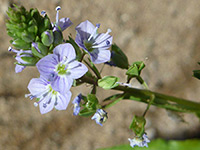 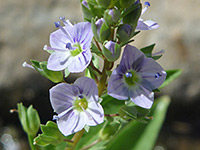 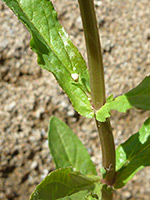 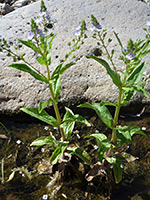