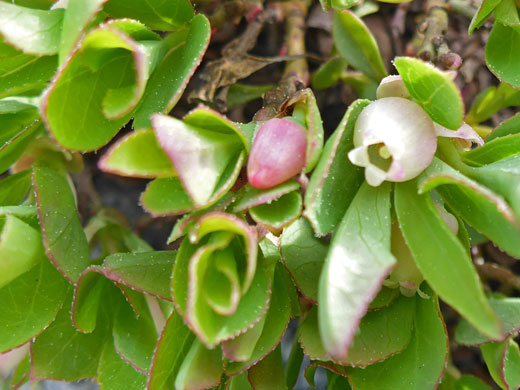 Flowers are produced singly or in small groups (up to four) from the upper leaf nodes, though not at the tip. Pedicels are hairless. Flowers have a short calyx with five tiny lobes, and an urn-shaped corolla, white or pale pink; constricted at the top, and opening to five (less often four) small lobes. Fruits are blue berries, around a quarter of an inch in diameter. 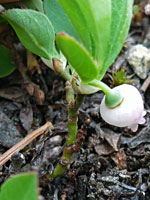 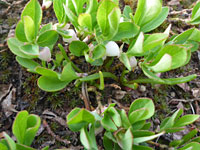