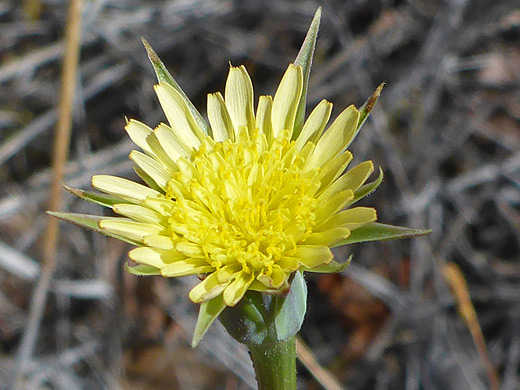 Uropappus lindleyi is one of numerous dandelion-like species - plants with milky sap and ligulate flowerheads, the ligules having four notches at the tip, i.e. partly divided into five lobes. Stems are usually mostly hairless, apart from the uppermost portion which has a sparse covering of very short, fine hairs. Plants typically produce between one and five stems, which have long, narrow leaves at the base, pointing upwards. Leaves are linear in shape and often have a few well-separated lobes, or teeth, along the edges. The upper leaf surfaces are hairy, more so towards the base.

One flowerhead forms at the top of each stem. Flowerheads have no calyculi (short bractlets at the base of the involucre). There are between 2 and 8 outer phyllaries, and 3 to 18 inner phyllaries, somewhat longer. Phyllaries are mostly bright green, often reddish at the tip. The ligules are colored pale yellow, also sometimes reddish at the apex, and are less than or about the same length as the inner phyllaries. The seeds are thin, dark-brown and cylindrical, radiating out from the flower center, each topped by five radiating, silver-colored pappus scales, ending in a narrow bristle. 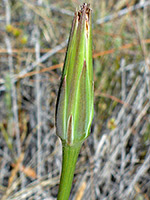 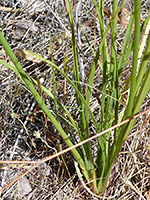 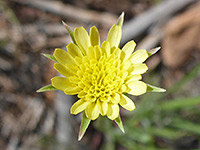 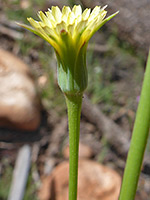 Side of a flowerhead 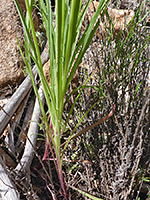 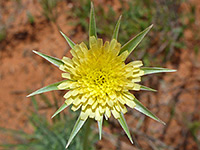 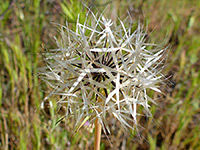 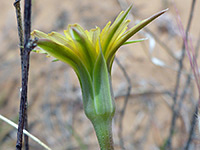 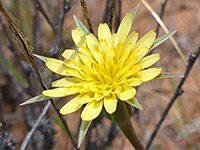 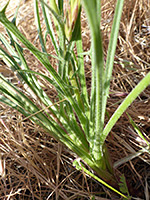 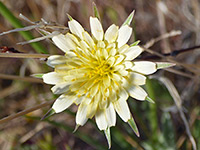