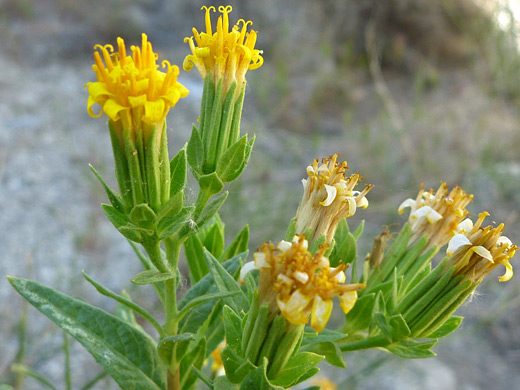 Trixis californica is one of two members of this genus found in the US; the other occurs only in far south Texas. The common name threefold refers to the lower lip of the two-lipped, bilaterally symmetric corolla, which is divided into three lobes, spreading outwards, away from the center of the flowerhead. The upper lip is narrower, divided into two lobes, and usually rolled up. The flowerhead contains between 11 and 25 individual flowers (usually around 15), bright yellow in color. The anthers and style protrude well beyond the corolla when mature. The involucre is lined by 8 to 18 slender green phyllaries, about half an inch long, with pointed tips. The flowerhead is subtended by 5 to 7 leaf-like bracts.

Plants are shrub-like, several feet tall, producing many leafy, branched stems that grow upright, topped by one or more flowerheads. Stems and leaves have a covering of very short, glandular hairs. Plants can bloom all year if conditions are favorable. 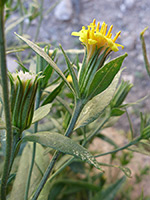 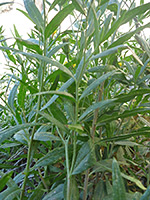 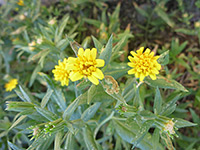 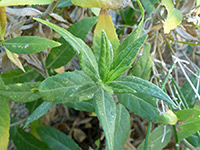 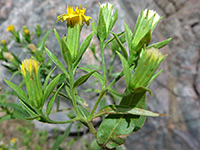 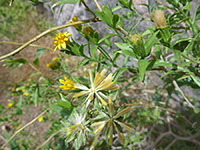 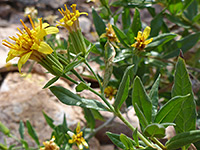 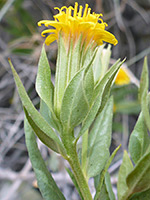 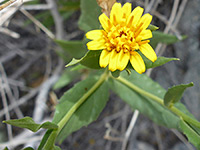 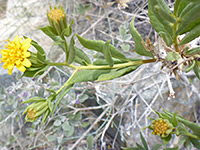