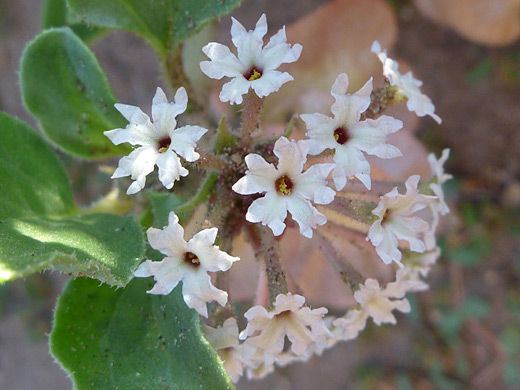 Stems, leaves and flower tubes of tripterocalyx micranthus have a covering of sticky, glandular hairs. The plant often grows in sandy areas, and commonly has grains of sand adhering to the stems, which are reddish in color. The spherical flower clusters are small and compact, containing between 5 and 15 heads and subtended by thin, papery, lance-shaped bracts, which usually have hairy edges.

Flowers consist of a slender, greenish-red tube, about 2/3 of an inch long, opening out into five small, divided lobes, which have somewhat ragged edges. The freely-branching stems are relatively long, up to 2 feet, but grow sideways, close to the ground. The fruit is a small capsule, usually with 3 wings. 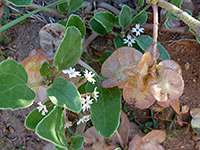 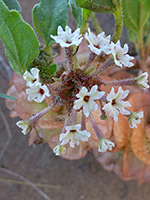